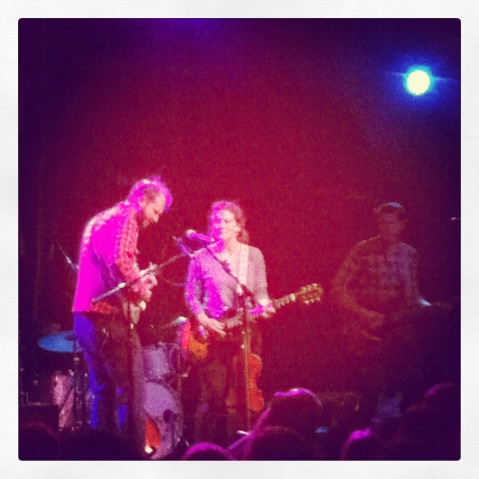 Kathleen Edwards performed last night at World Cafe Live. Her new record, Voyageur, was co-produced by Justin Vernon of Bon Iver, and last night’s concert goers were treated to a special appearance from Vernon. Special thanks to the guys from Philly’s Work Drugs for the photos they took during the show. They commented: “Justin definitely played the role of side man, singing and playing guitar on some cuts from the new record.”

Below, you can watch a fan video of the song “12 Bellevue.”