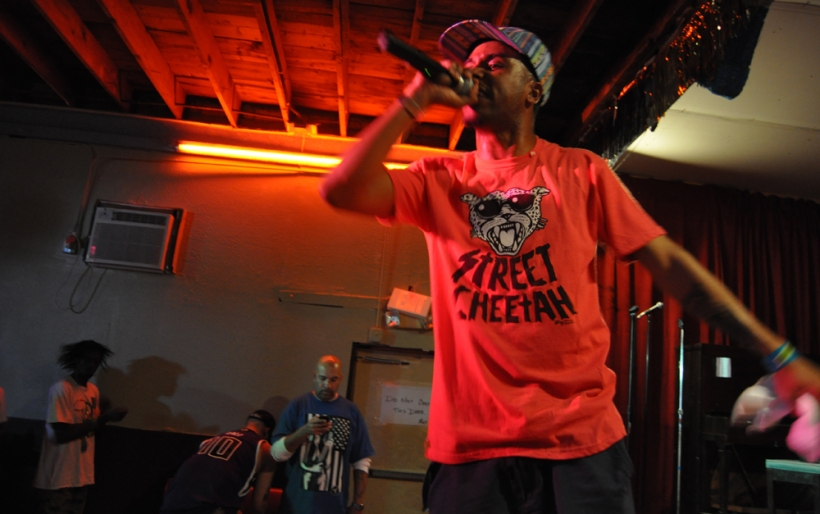 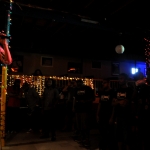 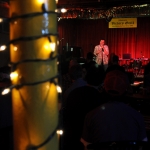 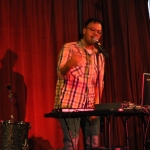 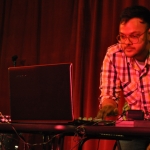 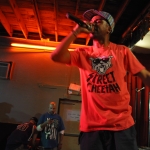 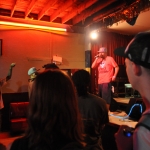 Oh, hi there. Greetings from Austin, Texas. The Key is here—along with about a million billion other music folks – for the annual South by Southwest conference. And, over the next few days, we’ll bring you dispatches from the madness, beginning with a photo recap of a set by our man Raj Halder, aka Lushlife. He traveled from South Philly for the festival last week—he’s been here since the “Interactive” tech component of SXSW kicked off—and on Thursday afternoon, he played a hip hop showcase at Victory Grille, a soul food eatery slightly off the downtown grid.

To set the scene: it was about 80 and beautiful out, and the crowd was beginning to question its decision to stay indoors. Thanking them for their patience, Haldar explained “I’ve got a lot of nerdy shit going on up here,” gesturing to his array of samplers and mixers. From the opening beat of “Magnolia,” he had the room hooked, and people moved in from the wings to rock to his psychedelic sonic tapestries and mic-rocking bravado.

In the gallery above you’ll also see photos of Sacramento’s C-Plus, who played before Lushlife, and The Cranberry Show from Milwaukee who, despite the absurd name, harnessed innovative sounds, beats and rhymes to create a heady hiphop potpourri on par with Lushlife’s own.

Listen to a Key Studio Sessions performance of “Magnolia” below.