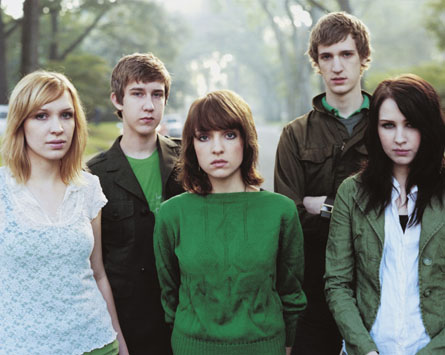 Eisley is surrounded by a wholesome aura. As the band hails from from Tyler, TX, its songs include an obvious southern twang, accentuated by gentle female vocals and harmonies. Eisley’s indie-pop songs are written with intensely imaginative lyrics, some seemingly reminiscent of childhood memories, most marking a longing for the past with mournful piano and slow, sad strings. (The band also finds inspiration in the power of imagination, apparently, having named itself after Star Wars‘ Mos Eisley spaceport.) Though the band’s members—all relatives (brothers and sisters and one close cousin)—claim a Christian lifestyle, as their origins extend back to first shows at their church, Eisley’s songs are not ridden with a religious tone; rather, they brim with an innocence impossible to ignore. Eisley performs with Marksmen, Christie Dupree and Say Chance at 6:30 p.m. at Theatre of the Living Arts; tickets to the all-ages show are $15. —Lisa Henderson