Photos, set list and review of Bruce Springsteen and the E Street Band at the Wells Fargo Center - WXPN 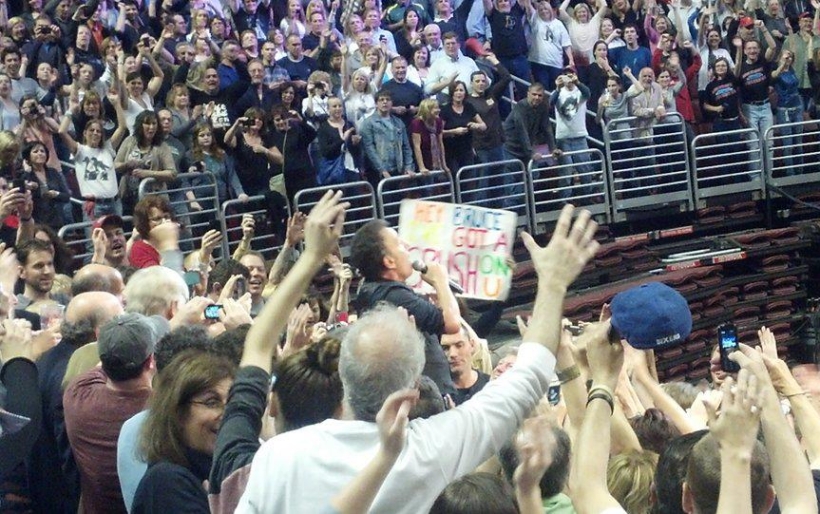 Photos, set list and review of Bruce Springsteen and the E Street Band at the Wells Fargo Center 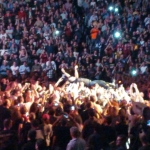 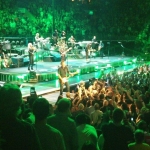 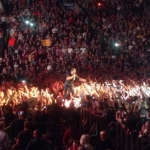 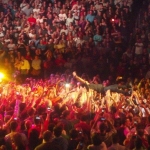 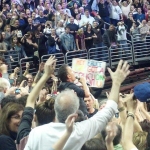 The themes and messages of Wrecking Ball – Bruce Springsteen’s powerful new album – were made convincingly clear last night at Bruce and the band’s first of two sold out shows at the Wells Fargo Center in Philadelphia. Those themes, which Bruce has said reflect “the distance between American reality and the American Dream,” were the focus of most of Bruce’s 24 song set last night. While Wrecking Ball – the album – has some of the most reflective and focused songwriting since 2002’s The Rising,Wrecking Ball – the tour – brings those messages about the challenges Americans face starkly home in a sharp set list the drew a lot from the new album. Bruce also drew on past material like “The Rising,” “Lonesome Day,” “Atlantic City,” and a spectacular version of “My City Of Ruins,” that in context of the new material, set the somber, yet still rocking tone of the night. The 17 piece band ran through some of Bruce’s show stopping classics including “She’s The One,” Thunder Road,” “Seaside Bar Song,” “Badlands,” and “Does This Bus Stop at 82nd Street?” There was also plenty of soul; the “Apollo Medley” had Bruce covering The Temptations’ “The Way You Do The Things You Do” and Wilson Picket’s “634-5789” and during the encore he pulled out Eddie Floyd’s “Raise Your Hand” before ending with “Tenth Avenue Freeze Out.” Longtime Bruce fans will delight in the older material, however it’s the new material, peppered with thematically similar songs from his last decade of recordings, that make this tour and period of Bruce’s incredible musicianship yet another creative turning point in his long career.  Bruce sings “I ain’t here on business baby, I’m only here for fun,” on the classic “Rosalita.” (he didn’t play it last night). In the setting of his recent songs and sentiments about the current economic, cultural, and social conditions he’s trying to address, the 2012 version of Bruce is a slightly different take on that line from “Rosalita;” “I am here on business,” but he’s still having a lot of fun.

Set list
We Take Care Of Our Own
Wrecking Ball
Badlands
Death to My Hometown
My City of Ruins
Seaside Bar Song
Does This Bus Stop at 82nd Street?
Jack of All Trades
Atlantic City
Easy Money
She’s the One
Waitin’ On a Sunny Day
The Promised Land
Apollo Medley
American Skin (41 Shots)
Lonesome Day
The Rising
We Are Alive
Thunder Road
Rocky Ground (with Michelle Moore)
Land of Hope and Dreams
Born to Run
Dancing in the Dark
Raise Your Hand
Tenth Avenue Freeze Out