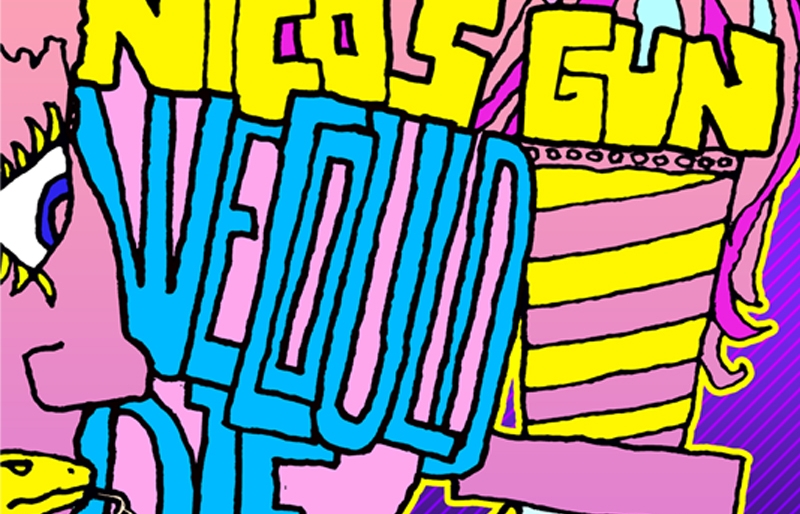 Nicos Gun releases the “We Could Die” remix EP, will perform at Kung Fu Necktie on Friday, April 20th

Today, Nicos Gun officially releases its “We Could Die” remix EP via Young Robots. The five-track EP features the original version of “We Could Die” and four remixes from local (and one non-local) DJs. From the Young Robots site:

In the spirit of “Brotherly Love,” Philly’s finest emerging dance band, Nicos Gun has linked arms with one of the city’s most forward-thinking dance labels, Young Robots, to create “We Could Die,” a retrofuturistic remix single that puts the 215’s best foot forward.

The original version of “We Could Die” chugs with Miami Vice-worthy synth-tensity, with a dose of vocals that brim with youthful nihilism and sex appeal.

Young Robots’ label co-chief DJ Apt One (of Philadelphyinz and RCMP fame) double dips with two remixes. First, a re-imagination that drenches the vocals in a sprinkle of Purple Rain, then a deconstructive, funky “Disco Dub” that teases the listener with seductively funky disco bass until it bursts with dancefloor intensity.

Vancouver’s Kutcorners brings a smooth shuffle to his mix, with warm synths that make you want to put the top down and spin down South Street.

Lastly, Peter Dragontail, adds not only a remix, but also contributes the cover art in his 215-famous signature style. Like his breakout single “Crazy Bout You” (f/ Maggie Horn), Peter’s remix has a slow burn, and he uses vocals to cast an eerie ambiance over his driving 3AM electro burner.