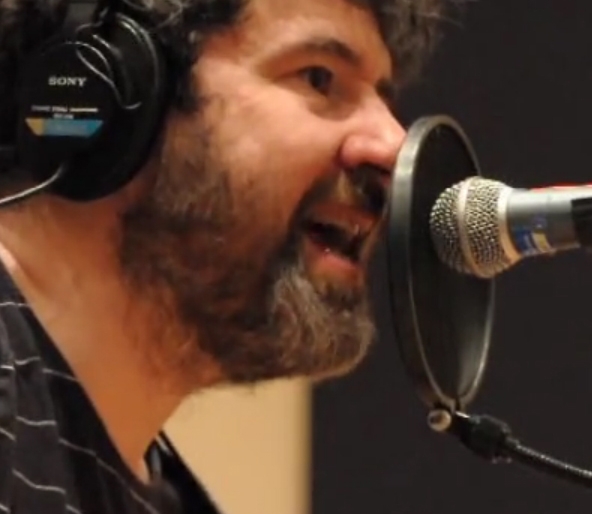 [UPDATE 5/3/12:Click HERE to stream our session with Stevie Jackson!] A couple weeks ago, Belle and Sebastian’s Stevie Jackson brought his solo acoustic tour to Philadelphia for an intimate, sold-out performance in the Joseph Priestly Chapel at the First Unitarian Church. The next morning, he and his guitar paid a visit to WXPN studios. The resulting session and interview with Eric Schuman will air on XPN2 tomorrow, but you can get a taste now with three videos of the performance.

There’s “Try Me,” a peppy number from the recent LP I Can’t Get No Stevie Jackson; “I Follow The Moonglade,” a new song from Paper Laced With Gold, Jackson’s upcoming theatrical production written in collaboration with lyricist Maggie MacDonald of The Hidden Cameras; and a delightful rendition of the Belle and Sebastian classic “Seymour Stein.”

Watch the videos below, and tune in to XPN2 tomorrow at 3 p.m. for the entire session, and to hear Stevie and Eric discuss new and inventive approaches to songwriting, the craft behind Belle & Sebastian’s cover versions of songs, and the way Jackson felt like Elton John when writing music for MacDonald’s play.