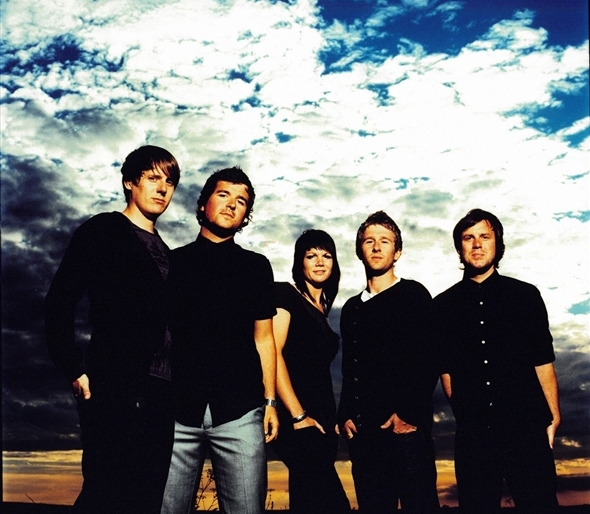 Scars On 45 were recently in town opening a sold-out show with Ingrid Michaelson at the Electric Factory. The British rockers return to Philadelphia on Friday evening, May 25th to the Tin Angel. The band recently released its self-titled debut album that is filled with one super melodic rock song after another. From the first song to the last, the band’s debut is a collection of classic, timeless British pop and rock with some strong songwriting, powerful vocals from Danny Bemrose as well as lush harmonies between Bemrose and Aimee Driver. The band caught a well deserved break when its music reached the ears of TV and film music supervisor Alex Patsavas who placed their music in Grey’s Anatomy and signed the band to her record label, Chop Shop. If you’re a fan of musicians like Matt Nathanson, Snow Patrol and Fleetwood Mac then you must check out the Scars’ debut album. We reached out to the band via e-mail to pick some songs and bands that they’re fans of. Below, bassist Stuart Nichols (SN) choses songs from Oasis, Primal Scream and Daft Punk. Drummer Chris Durling (CD) weighs in on Coldplay.

“Live Forever” by Oasis
SN: “I went to see them for the first time in 1994 just as they were about to become big after this song was released. The gig was the week of this release and it went nuts when the drums started at the start – this was the American version of the video.”

“Rocks” by Primal Screa,
SN: “I saw them live in 1994 after this had just been released – they opened with this. Always puts me in a good mood and want to have a party – good ‘going out’ song.”

“Around The World” by Daft Punk
SN: “First music video that i could just watch over and over – rumour has it it was all done in one take which makes it even better!”

“The Scientist” by Coldplay
CD: “Such an amazing video and a great song. Love how the video doesn’t have a performance aspect to it, just a great concept. Apparently Chris Martin had to learn how to sing a lot of the song in reverse for the shoot!”