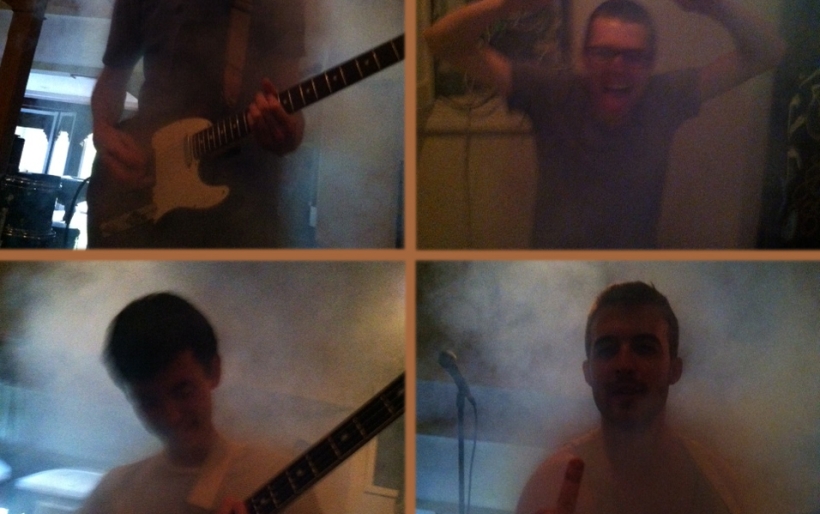 If you’re a fan of jangley guitars, 60s psych-pop songwriting, and generous helpings of reverb, Kungfu Necktie is the place to be tonight. The Fishtown venue is hosting a solid lineup of local space-rock, beginning with the live debut of The Interest Group, the latest project from Philly’s Yohsuke Araki; the band received a spot of Pitchfork love this spring for its recent single “The Boys and The Girls.” Also on the bill is JRG, the acronymonious stage name of Julien Rossow-Greenberg, formerly of the band Arches; his label Treetop Sorbet has been a big proponent of breezy, cloudy pop tones. Rounding out the bill is Hippy Johnny, an allstar roster featuring Araki on guitar, Dan Svizeny of Cough Cool on drums, Brendan Codey on guitar and vocals and Bennett Daniels from Codey’s band on bass. Stream some music from each act below – a song from The Interest group, an EP from JRG and some teasers from Hippy Johnny – and as KFN’s calendar advises, “remember to scrape your melted face up off the floor at the end of the show.” Hippy Johnny, JRG and The Interest Group play Kungfu Necktie, 1250 North Front St., tonight at 7:30 p.m. Admission to the all-ages show is $5.