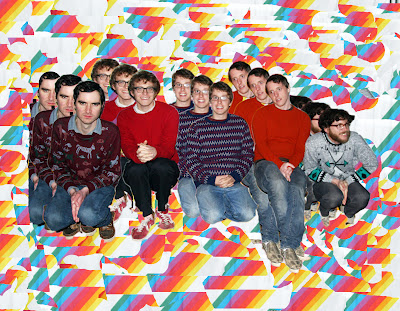 The fun and quirky five-piece band from Wilmington, Delaware, The Spinto Band, have released a brand new music video for their song “Keep Them Alive” off their recent release, Shy Pursuit. The Spinto Band played a four week residency at Kung Fu Necktie in May and are set to perform a few more shows nearby in the coming months including The Discover Lansdale Festival on August 3rd (FREE!), Musikfest in Bethlehem on August 10th and a special performance at World Cafe Live at the Queen on August 11th. Check out the new music video below, and download the band’s Key Studio Session here.

UPDATE 07/12: The Spinto Band was recently added as a support act for Here We Go Magic’s appearance at Johnny Brenda’s next Wednesday July 18. Tickets and information on that show can be found here.