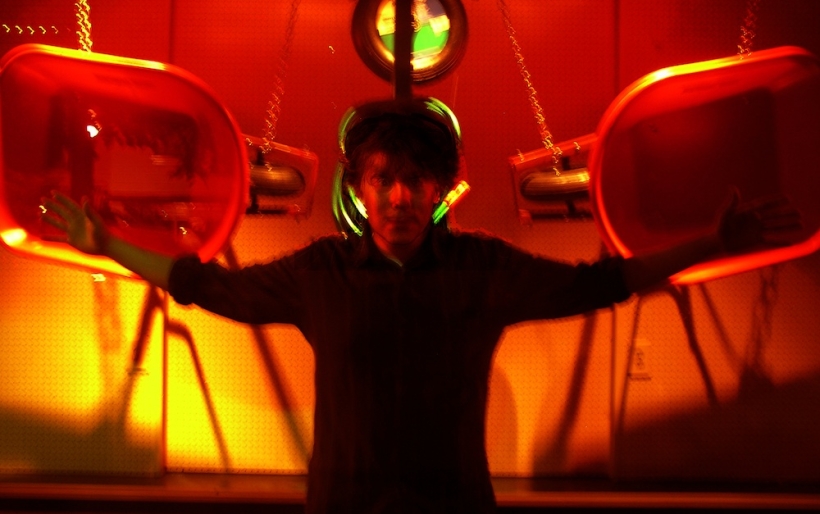 Philly experimental pop ensemble Ape School drops it latest full-length record, Junior Violence, today on Hometapes Records. The work of primary songwriting dude Michael Johnson, along with a small army of collaborators (including Dr. Dog’s Eric Slick), this is a far-out rollercoaster ride of a record, buckled down with singalong psychedelic hooks, beats galore and tasty layers of spacy sound – and we’ve got a stream of the entire album for you to check out! Listen to Junior Violence in the player below.

The band celebrates the record release on Friday. Aug. 17 at Johnny Brenda’s; the 21+ bill is a great cross section of Philly’s weirdo-pop scene, as Norwegian Arms and Laser Background also join the band onstage, along with a collaborative set between harpist Mary Lattimore and Arc in Round’s Jeff Ziegler (who also worked on the record as an engineer). Watch the video for “Weak In The Teeth” below.