Major Bummer: Algernon Cadwallader is calling it a day - WXPN | Vinyl At Heart 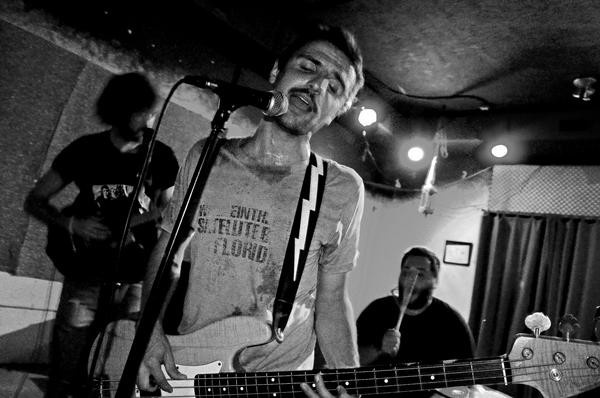 Major Bummer: Algernon Cadwallader is calling it a day

Not many bands could rock a room like Philly punks Algernon Cadwallader. The enthusiasm – no, the freaking devotion – they drew out of their fans was inspiring. Crowds swarmed the stage, flailed around, dove on top of each other, pushed and shoved for their chance to scream along the words into bassist Peter Helmis’s microphone, which he gladly turned over to them. I think of the times I caught them at Pi Lam, where people in front reached across amps to strum Joe Reinhart’s guitar, or snuck around the side to hit Tank Bergman’s drums. Crowd interaction was as much a part of Algernon’s live shows as their own songs, which were inspired heavily by unbridled late 90s emo – Cap’n Jazz is a band they’re often compared to – and with the announcement this weekend of their disbanding, a big void is left in Philly’s live music scene.

In a “Mission Accomplished” post on Algernon’s website yesterday, the band explained that Bergman’s new full-time nursing job (and baby on the way) left him unable to tour. Of their run as a band, Helmis had this to say:

It has been a pleasure to narrate our story to you for the past 2 and a half years. The world spins pretty damn fast when you’re having a good time. Looking back on these old posts I am glad I wrote it all (not even close) down. Thankfully there was an audience otherwise I doubt I would have taken the time.

I feel obligated to announce that our friends and listeners have been each bit as (way more) important to us as (than) we have been to them. The things we did, people we met, and places we saw during Algernon Cadwallader have changed my life forever. Thank you so much.

Download some free jams from Algernon below, and rock around the room one more time.