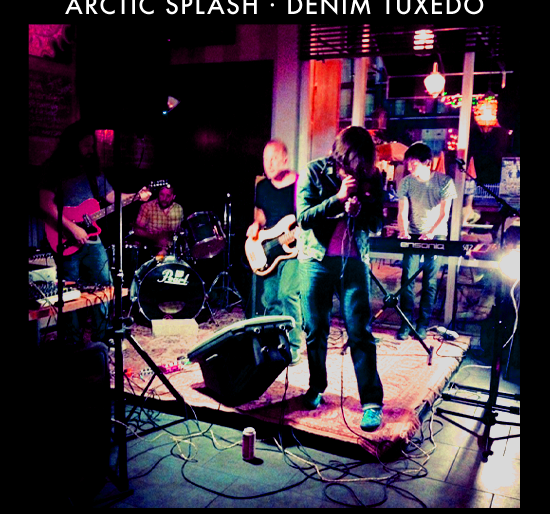 Finally, after many months of waiting in anticipation, Arctic Splash has released their debut single, “Denim Tuxedo.” You can download it below for a “name your price.” Arctic Splash is Archie Splash (vocals and keyboards), Ron Splash on bass, Ron Splash Jr. (keyboards), Dick Splash (guitar), and Black Splash on drums. The song was recorded by Jeff White, Jared Michael Styles, and Mike DePolo in at WXPN’s World Cafe Studios, with overdubs at the Laundromat. Like the Splash on Facebook here; follow them on their tumblr here. Follow the band on twitter @ArcticSplashUSA. Arctic Splash are playing Johnny Brenda’s next Friday, September 7th. Go here for tickets and more information on the show.