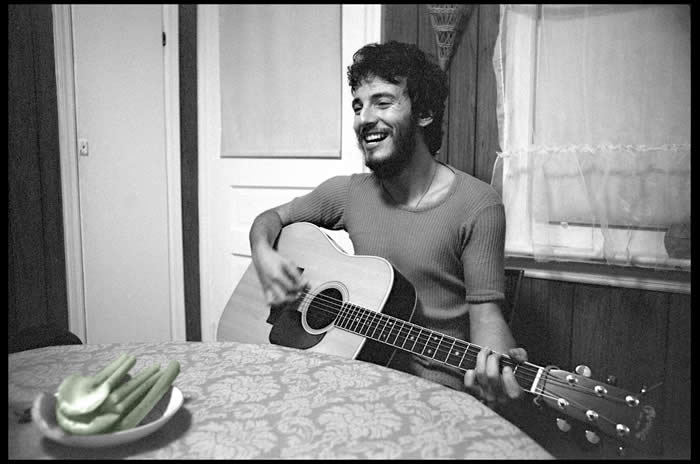 Things have a way of coming back around again. In 2002, Philebrity editor Joey Sweeney (then a contributing editor at Philadelphia Weekly) wrote an essay for Salon.com titled “The Ghost of Bruce Springsteen.” The deck sums it it up neatly: “My parents got divorced. I was high on mushrooms. My country was attacked. Bruce was there.” In the piece, Sweeney paints a picture of an ever-changing world, of different stations in life where music – specifically the music of a man kicking off his two-night stand at Citizen’s Bank Park tonight – is returned to as a constant companion, a source of escape and comfort, a means of making sense of it all. In a similar “comes back around” way, a reading of the essay popped up on Soundcloud this week thanks to Fresh Air producer John Myers. He was a line producer at WXPN working on the LIVE At The Writer’s House series in November of 2002, when Sweeney read from his essay at West Philly’s Kelly Writer’s House. Myers later mixed it with clips from Bruce songs from Born to Run and Darkness on the Edge of Town for the moving piece of audio you can listen to below.