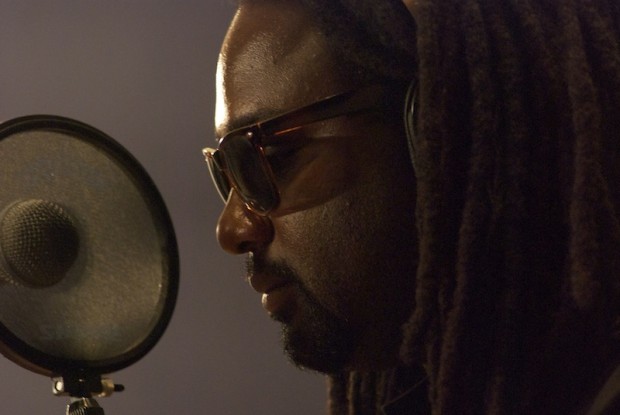 A fanfare of horns heralds this deep cut on The Bull, the debut full-length from Philly kompa impresario Blayer Pointdujour and his band The Rockers Galore. “Horn players, I think, walk a different plane of existance,” Blayer said to me when we interviewed him last year for his Key Studio Session video, and you hear his regard in “One Hit.” They drift in the ether, the shining beacon amid a hearty dub beat and a stormy hook: “One hit of the chalice and I’m good to go. I’ll be gettin’ high, I’m high all the time.” It’s a defiant escapist anthem, pointedly delivered in a rapped verse by Philly’s El Malito, and it echoes the concerns of The Bull, being digitally released this week via Philebrity Label. The record is partly about struggle, and numbing oneself from difficult times. But it’s also about overcoming, and we’ll dig into this contrast in this week’s installment of UNLOCKED, The Key’s recurring spotlight on significant new releases from Philadelphia-based artists.  Tomorrow, I’ll review the record – that’s at turns danceable and distressing – and later in the week we’ll talk to Blayer about the story he’s telling with it. Today, it’s a free download of “One Hit” – help yourself below, and check back for more throughout the week.