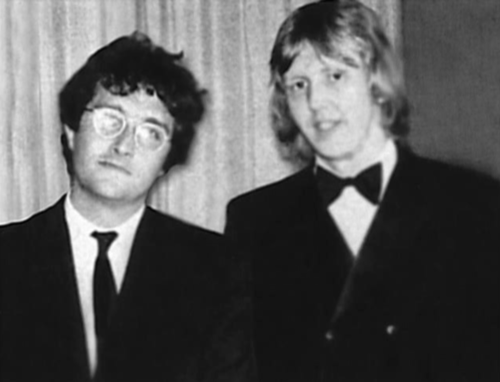 Fans of snappy piano pop would do well to head to Fergie’s Wednesday night, when Toy Soldiers frontman Ron Gallo hosts a tribute to 70s songwriters Harry Nilsson and Randy Newman. Admission to the show is free, and music gets underway starting at 9 p.m. It’s the first installment of the new weekly “Ron Gallo Revue”, and features an impressive list of local collaborators: Ali and Claire Wadsworth, Tim Arnold of Good Old War, Thom McCarthy, Ross Bellenoit, Gretchen Lohse of Yellow Humphrey, Jerry Bernhardt of The Get Real Gang, Aaron Brown, Modern Inventors and Gallo himself. With so much talent in the room, we couldn’t help offering a few suggestions / challenges from the Nilsson / Newman repertoire that we’d love to see these folks perform. For instance, Nilsson’s iconic 1971 hit “Without You” – re-popularized by Mariah Carey in the 90s – would rock so hard coming out of one or both of the powerhouse vocalist Wadsworth sisters. And Aaron Brown’s voice already has the husky smoothness of Newman’s – he’d tear up “I Think It’s Going To Rain Today.” Check out our picks below, and get more information on the tribute at its Facebook event page.