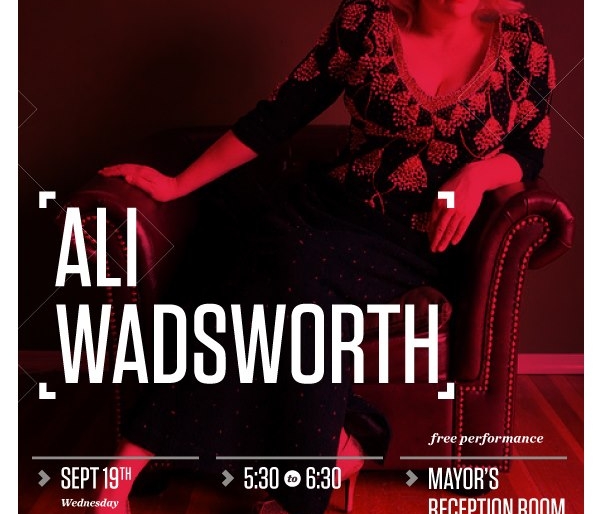 The free “City Hall Presents” concert series that the folks at Creative Philadelphia have been running all summer continues on Wednesday the 19th of September with a performance by singer and songwriter Ali Wadsworth. The versatile vocalist used to perform in the band Goldiebox with her sister Claire, and Unlikely Cowboy with Dan Schwartz (the “war” in Good Old War). She’s backed up Kuf Knotz, Fantasy Square Garden and Aaron Brown in Aaron and the Spell…and is also the one I challenged to cover Harry Nilsson’s “Without You” earlier today. With previous City Hall Presents shows cancelled due to weather, this one takes place indoors in Mayor Nutter’s reception room (fancy!) and runs from 5:30 to 6:30, but you have to RSVP at CreativePHL.org. Below, grab a free download of Wadsworth performing the jazz standard “Someone to Watch Over Me” from Folk You Philly’s Franks and Deans radio show.