Unlocked: The Key's review of Fun Under the Sun by Informed Sources - WXPN 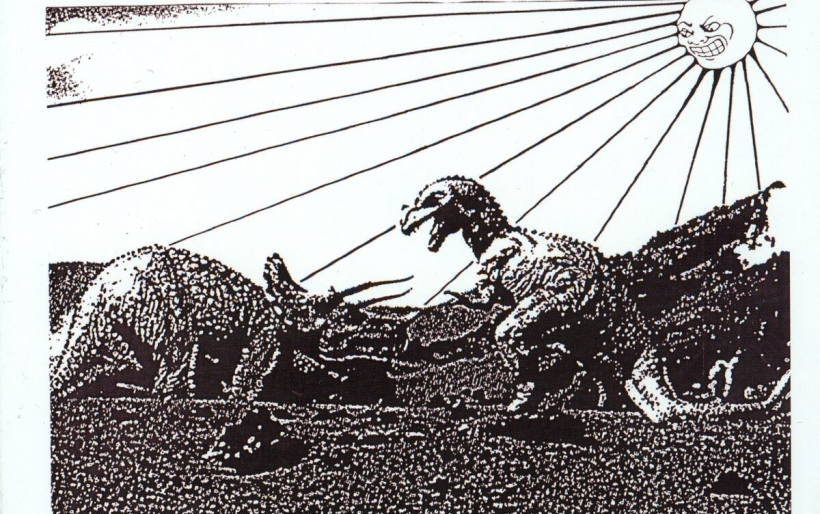 Unlocked: The Key’s review of Fun Under the Sun by Informed Sources

Really, you have to think about it in the context of the time. When vocalist Joe Stack screams “Look who’s coming to visit / it’s 1984!” at the opening of Informed Sources‘ new retrospective Fun Under the Sun, the year in question was not some speck in the strange and distant past. Nor was it far off into the future, some vaguely scary time that science fiction writers were spinning dystopian cautionary tales about. “Guess Who’s Coming To Dinner” was recorded in 1982, just a couple years shy of the era in which George Orwell had set his scary totalitarian prophecies. Social and political turmoil was spread all around the globe, there was civil unrest at home and abroad and people legitimately began to worry that, wait a minute, dang, what if Orwell was right? “Guess who’s coming to dinner? A man who’s calling you sinner / with hate in his face and a gun in his hand, look what happened to your free land!”

Times of tension are wonderful breeding grounds for musical and artistic responses, and here in Philadelphia, Informed Sources raged and roared for three fruitful years between 1981 and 1984. They reacted with with volume, power chords and amplifiers, fuzzy blasts of hardcore informed by the D.C. torchbearers in Black Flag but also borrowing healthily from the nihilism and high drama of UK post-punk acolytes The Damned and Joy Division. This new retrospective is not only an essential piece of Philadelphia history, but an essential snapshot of the era.

The CD opens with the band’s studio recordings – a full-length’s worth from 1982 and an EP’s worth from 1983. The driving crackle of “Situation Tragedy” is snappy and heavy, alternating between a buoyant bassline on the verse and a more desperate refrain. Guitarist Frank Blank Moriarty’s guitar rattles in the right speaker while Stack wonders “How much longer can I go on?” Later we hear the group experimenting with tense atmospheres on “Horror Passion,” a rattling percussion bed propping up slapback echo on the voice, giving the crunchy riff-rocker a healthy Cramps-esque vibe. Then there’s the more straight-away rock and roll of “Imagined Fears,” the duet with Jade Starling of the band Pretty Poison we spotlighted yesterday; it is nicely reminiscent of the John Doe v. Exene Cervenka vocal brawls of X.

This might sound a bit like Informed Sources merely echoed the sounds of their contemporaries, but there’s more to it that. Seen through the lens of through this compilation, it’s clear how the band synthesized a variety of underground musical conversations, putting them in a new context for the local crowd and, along with other Philly-area legends like Sic Kidz and F.O.D., helped shape a strong regional scene.

Local music history is another element that makes Fun Under the Sun essential listening. The next chapter of the retrospective collects two live performances at Trenton venue City Gardens, jams from Informed Sources’ Gladwyne practice space, and two on-air broadcasts with legendary WXPN DJ Lee Paris on his show YNMT. For those of us who were too young to have tuned in to Paris back in the day, hearing his voice on this compilation is a real treat. “If you’d like to hear something, don’t call me up at WXPN Philadelphia, 387-5401, this is Lee ‘I don’t take requests’ Paris…” Awesome.

Closing the set out is an epilogue subtitled “From The End to the Beginning,” where we get to hear the newly reformed Informed Sources performing two new songs with guest vocalist Matt Mulhall standing in for the late Stack. The tracks – “Ghosts” and “Burning in Fire” – sound a bit wearied compared to the recordings of the spastic, quarter-century younger Informed Sources, but they nonetheless stand up admirably against the archival rehearsal tapes. It goes to show that raw urgency sounded just relevant in the early 80s as it does today. Fun Under the Sun is the featured album in this edition of Unlocked; hear the spotlighted song “Imagined Fears” in yesterday’s post, and check back later in the week for interviews, video and more.