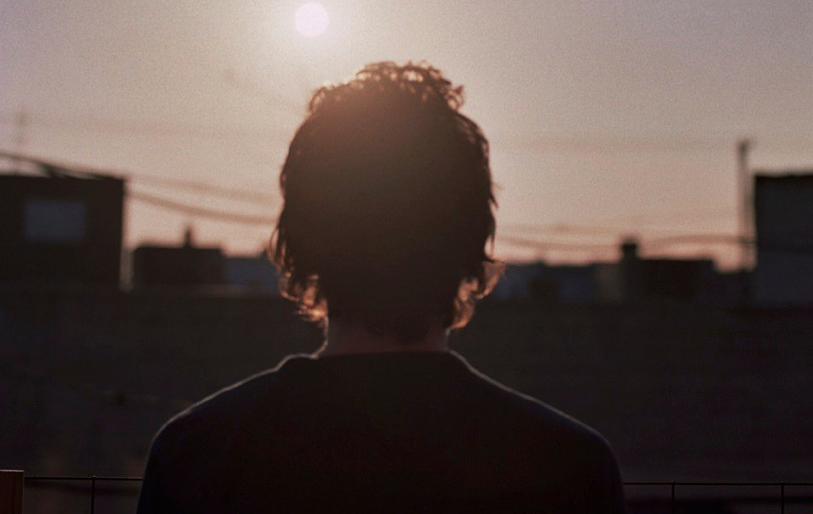 As a band, a sound and an opportunity, Vacationer has been just as the name would suggest for frontman Kenny Vasoli. The suburban Philadelphia native is known for a pop-punk and progressive rock lineage, having formerly fronted The Starting Line and Person L. Then, as fans caught wind of Vasoli’s distinct vocals mixed with the electronic beats, chill vibes and sunny disposition of Vacationer, it became evident that he had taken a sojourn far away from his axe and angst with this new project. In March the band released its first LP, Gone, and spent much of the time since the release on the road. But Vasoli has always kept a place for Philadelphia in his heart. The band plays Underground Arts tomorrow, and after a string of club dates this fall (as well as a Starting Line anniversary tour through December) Vasoli told The Key he hopes to ring in the New Year by hosting local showcases to help nurture a new electronic scene in the area.

The Key: Vacationer has spent a lot of time on the road since the record came out, but it seems like over the summer you’ve had some time to play a few local shows. How does it feel to play for your hometown audience?

Kenny Vasoli: It feels really good. We’re pretty underplayed in Philly thus far so it’s nice to be able to get out there and make a little bit more of a presence. It’s pretty convenient being able to just go down the street and play some shows.

TK: You’re having two pretty popular local bands open up for the show. What do you think about the local Philly scene nowadays? Are there any other local bands that you like or might want to play with eventually?

KV: There are more and more Philly bands that seem to be coming to my attention that are really good. I saw Cold Fronts play last year down in Asbury Park and I like their stuff a lot. … Unfortunately, Algernon Cadwallader just broke up. They were probably my favorite local band up to that point. It wasn’t even a thing where we’d fit on the same bill together necessarily, but in the back of my mind I always wish we could have done more stuff together just to see them play more.

TK: How do you describe what a Vacationer show is like? As a band, do you guys try to recreate or re-envision your album live?

KV: I tell people that [our music] sort of walks the line between dance music and gaze music. As far as recreating the album, we do our best to have all of the elements of what’s in the record, and then just have it slightly more hyped up and go a little bit more dimensional with live instruments. I think it maybe has a little bit more bottom to it and seems a little more like dance music when you see it live.

TK: How do you keep the electronic-based scope of your music sounding organic in a live setting? Electronic shows can sometimes provide a push-the-button-and-walk-away type of atmosphere.

KV: It’s funny because when I first started conceiving this project, that was almost what I had pictured. It’s little embarrassing to admit because I didn’t really know anything that was a hybrid of it. I had been getting into DJ stuff like Four Tet, and I’d been exposed to the Neon Indian and Washed Out side of things. Washed Out, at the time, was doing that sort of press play and sing along and then eventually added a band. I thought it would be something that would be easy to do. It would be cool to have an electronic project rather than have to play acoustic shows all the time. Then when we were like four songs into the writing process, [co-writers Matthew Young and Grant Wheeler of Brooklyn-based band Body Language] kind of gave me a nice dose of reality, and said this is not going to be compelling to see live if you don’t have a full band. You want people to be engaged with it. … I really took that to heart, and then we started putting an ensemble together. I’m really glad it went that way because I think the live show definitely benefits from having the full band. …We’re able to mess with the arrangements and not have them stick to the grid so much, which is really nice. It’s a little bit more comfortable for me because that’s the world I grew up in.

TK: In the past few months, it’s come out that you’ll be going out on the “Say It Like You Mean It” 10th anniversary tour with The Starting Line. Are you excited to go out on tour with old friends?

KV: I like the pace of doing things with The Starting Line once a year. It’s nice to get us together because we’re by no means on bad terms. Matt [Watts] from The Starting Line actually manages Vacationer. … It’s a little bit weird that [we’ll be playing] the whole first record all the way through. I never thought that I’d be doing that kind of thing, but it sort of dawned on me that that stuff is important to a lot of people and I can’t look that gift horse in the mouth. There are so many bands out there that would be really grateful to have an opportunity to play material for people that are still so interested in hearing it ten years later. … I can’t in good faith forget where I came from because I really do owe so much of my character and the opportunities that I’ve had musically to The Starting Line and to that record. So I’m going to embrace those shows with open arms, look forward to it and try to bring back as much of that energy that I had for that material back in the day as I can.

TK: I heard Vacationer is looking to start a monthly showcase somewhere locally? Is that true?

KV: We’ve been knocking around this idea of doing curated parties at some sort of local venue, and have shows where we can bring other…like-minded artists [and] have some good parties with us. If not that, then we would DJ the event and have other DJs and other bands, and sort of do what Making Time do to an abbreviated level because we really don’t have that type of recognition at this point. We want to sort of move to that mindset with a collective of artists that are happening right now. We’re trying to do our homework as far as who’s out there and who would be right for that sort of thing. So yeah, definitely keep an eye on us for that coming into the end of this year and the new year.

TK: So you’re keeping Philly close to your heart of the next few months?

KV: Yeah, definitely. I love Philly. I’ve lived in the suburbs, but I’ve grew up around Philly my whole life and I really can’t picture myself living anywhere else. I want to do what I can to help nurture the electronic scene. I know there’s a bit of it out there, but not as much to my knowledge as some of the other cities. So, I’d like to help anybody that is trying to make a name out there get on the same page that we’ve been lucky enough to be on.

Vacationer plays with City Rain and Cold Fronts at Underground Arts, 1200 Callowhill Street, Friday September 28 at 9 p.m. Admission to the 21+ show is $12, tickets and information are available here.