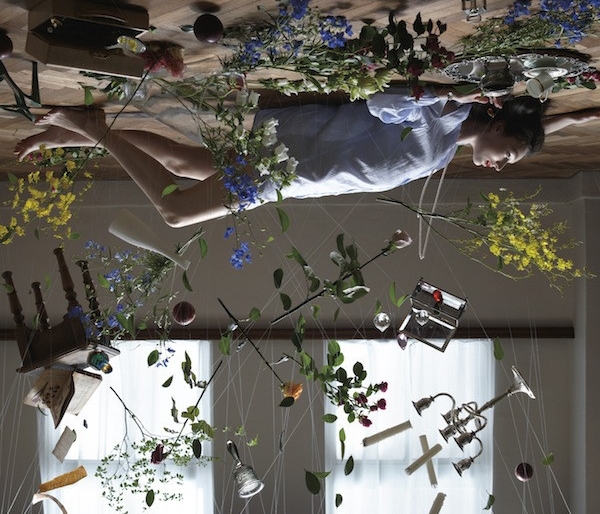 Unlocked: The Key’s review of Soft Fall by Sun Airway

The impressive aesthetic is one thing. But a more important trait, perhaps, would be the groove, the beat, the ability to make listeners move and feel and really respond. On its sophomore album Soft Fall, Philly electronic pop outfit Sun Airway achieves both.

The album, released yesterday on Dead Oceans, opens with a placid, pulsating synthesizer note that swells and hums, building up alongside a gradual spectral beat. The minute-long scene-setter – one of three “Activity” interludes across the record – then launches fearlessly into lead single “Close,” and the song’s fierce snare drum hits and shaker percussion carry us away. This dramatic entrance is a contrast to the way their 2010 debut Nocturne of Exploded Crystal Chandelier began; a supernova of chimes, echo and mystical reverberations on the song “Infinity.” Also kind of dramatic, sure, but that gauzy dream-like vibe never quite let down – it was the sound of that album. So even when songs like “The American West” and “Put The Days” away were, underneath the clouds, kind of upbeat, it was hard to really feel it. On Soft Fall, the fog has lifted and Jon Barthmus is standing there with his musical collaborators, energized, invigorated, ready to go.

In its title, “New Movement” references the symphonic undercurrent of the record’s core; instead of swaying to splashes of impressionistic ambient noise, these songs jog to jostling string sections, bright horns on “Activity 2,” punchy textures and urgent tempos on “White Palms” and “Laketop Swimmers.” The pulsing “Symphony In White No. 2” is carried by a poppy violin lead as much as it us by the commanding four-on-the-floor rhythm. “You’re the kind to get lost, get lost in your dreams, and I’m no longer fit to come after you,” Barthmus sings, and it’s a meloncholic sentiment as much as an unconscious summation of Sun Airway’s relationship to its sound. The band undeniably continues exploring ethereal avenues on Soft Fall – the sunburst synthesizer refrain on “Black Noise,” the cut-up groove of “Activity 3” – but does so with subtlety, firmly grounded, no longer lost in the vibes.

Its a tricky thing – the band’s early recordings helped set the stage for the chillwave microgenre, so one might be inclined view Sun Airway circa Nocturne as bold and confident pioneers. But it’s important to remember that that album was, for Barthmus, a transitional work, a gateway between his old indie-rock outfit The A-Sides and the exploratory electronic sounds that newly captured his songwriting interest. On Soft Fall, there’s no reticence or uncertainty – this is Sun Airway clear, confident and catapulting themselves forward with feeling

Soft Fall is the featured album in this edition of Unlocked; hear the spotlighted single “Close” in yesterday’s post, and check back later in the week for interviews, video and more.