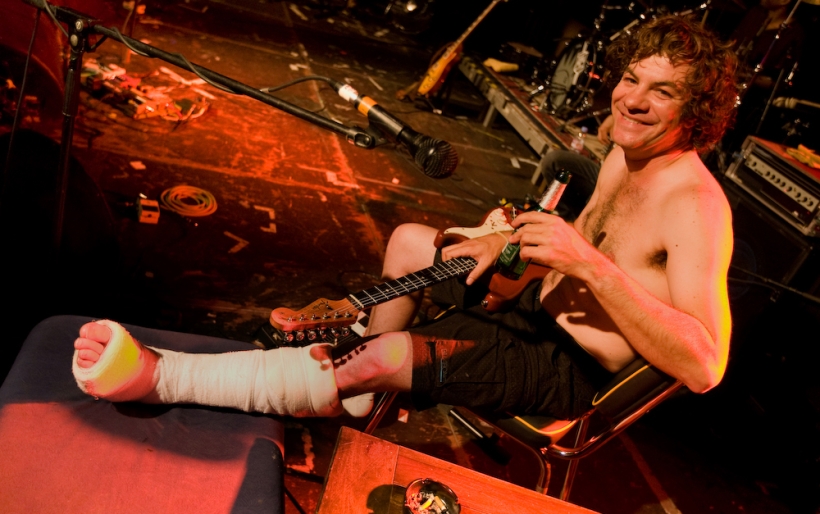 It’s been a strange year for Dean Ween. Back in May, his onetime creative foil The Gener announced that their inventive avant-pop group Ween was calling it quits (Deaner’s response: “news to me“) and went on to release Marvelous Clouds, a solo album of Rod McKuen-inspired songs under his own name, Aaron Freeman. Undaunted, Dean (offstage name: Mickey Melchiondo) posted on his blog today about his own excursion into the world of the solo artist. The guitarist and avid fisher told readers he’s engrossed by his new songwriting project:

I postponed all of my fishing charters until a later date and since mid-August I’ve been in the studio non-stop, 7 days a week working from 7pm until 7am. I wake up around 3 or 4 in the afternoon and I’m sorry to my friends who haven’t gotten any callbacks or email responses. I am on a mission to try and make a truly classic album and haven’t been so focused and driven in many years.

Among the collaborators he lists are Ween bassist Dave Dreiwitz and drummer Claude Coleman; versatile Philly session player and skateboarder Chuck Treece; and Josh Homme and Nick Oliveri of Queens of the Stone Age. Homme will be one of the producers on the album, which begins final production in Los Angeles this January, with a release expected sometime next year. Read more at Deaner’s blog, and check out his gallery of snapshots from the recording studio here.