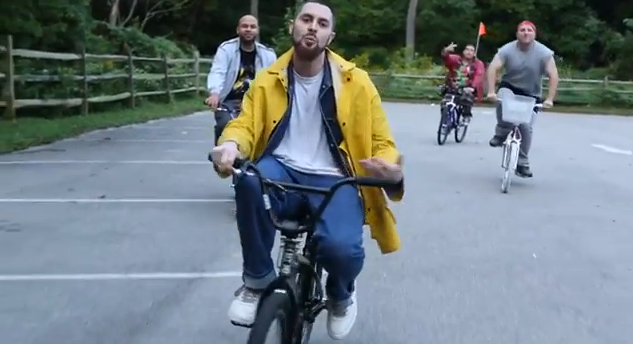 In the late 90s I was one of those kids with part time job in a suburban video store; my nights and weekends were spent going backwards through the hit movies and cult faves of the previous two decades. So, pretty much, I’m the target audience for this new video from Philly rapper Citizen Xavier. “Reel Characters” makes musical and visual nods to The Goonies, Karate Kid, Reservoir Dogs and a bunch of other high-circulating VHS rentals. Thankfully, it’s not all referential gimmickry – DJ Shift’s cuts and M.I.D.A.S’ production are tight, Xavier’s flow is pointed and he’s got a mad confident charisma. Grab some popcorn and nerd out to the video below.