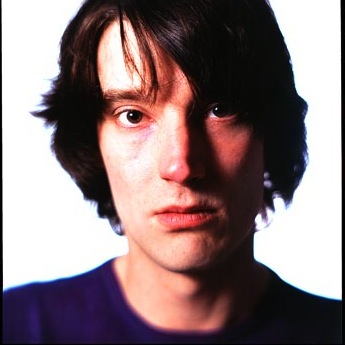 How great does this documentary on Philly’s Lilys look? (UPDATE: new music!)

Kurt Heasley’s explosive, exploratory psych-rock outfit Lilys had a big hand in shaping the Philly indie rock scene of the 90s and early aughts. But it also remains one of the scene’s most enigmatic, from the three-dozen contributing members it boasted over the years, to Heasley’s own guarded, unpredictable persona. (For an exploration of the man behind the music, this City Paper cover story from a few years back is a good place to start. If you’re not familiar with the music, take two minutes and bop to “A Nanny In Manhattan.”)

With the last Lilys album on record being the 2006 fuzz-pop collection Everything Wrong is Imaginary and Heasley relocating from Northern Liberties to the Blue Ridge Mountains a few years back, the future of the project became uncertain. But an acoustic appearance from Heasley at the Chickfactor 20th Anniversary in Arlington, Virginia, earlier this year indicated some semblance of activity, as does this post about an in-progress documentary, Everything Wrong Is Imaginary, that appeared on Philly blog Phawker yesterday. In it, Phawker editor and veteran Philly journalist Jonathan Valania explains:

We did most of the on-camera interviews for this, but sadly the film’s producer/director, our old pal Wayne Hamilton, passed away in media res and the project is currently in limbo. But gonna try and light some fires under the appropriate asses and see what we can make happen, so stay tuned. At the very least, somebody’s gonna get a hot ass. And goodnight Mr. Hamilton, wherever you are.

If nothing else, they’ve got a spectacular trailer out of it, which you can watch below. This has actually been on YouTube since 2011, and it has a bit more information in the description:

Kurt was asked about this film in an online interview and this is what was said:

Q-Do you know if the film about Lilys, “Everything Wrong is Imaginary”, will be released? It seems pretty fascinating from the trailer.

A-So much uncertainty concerning the fate of that film. The producer died tragically back in 2009. I’m going to speculate that the pieces will be picked up and fashioned into some righteous cinematic triumph

I’m going to agree with YouTube user Musicsification on this and say that, well, I certainly hope so too. UPDATE: Well that’s some kind of timing, huh? Shortly after I made this post, our man Mark over at Yvynyl premiered the first new Lilys song in six years, “Well Traveled Is Protest.” It’s acoustic-based with bright vocal harmonies and an addictive clip-clop beat. Listen, you!