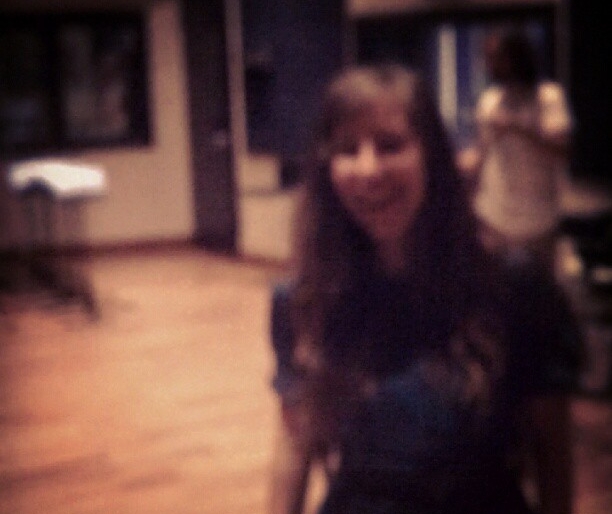 Haunting Philly folk outfit Bad Braids revolves around the songwriting of Megan Biscieglia and a rotating crew of collaborators. When they appeared on XPN2’s Folkadelphia earlier this autumn, it was a two-person configuration, with multi-instrumentalist Mike Bruno joining Biscieglia on banjo, theremin and a percussive mortar and pestle.The result is a potent introspective dialogue, Biscieglia’s wandering vocals and intricate guitar playing searching for meaning and purpose in an unfeeling world. The music at turns recalls the sound of new Americana label Drag City – Will Oldham, Joanna Newsom and Espers, to draw a few comparisons – and these songs will be released on the full-length record Bad Braids is releasing this fall on Haute Magie Records. Download the band’s Folkadelphia recordings in this week’s Key Studio Session, and catch Bad Brads on one of the local appearances they have over the next month – opening for Cold Specks at the side chapel of the First Unitarian Church on Friday, November 9; playing North Star Bar with Company / Company, Chelsea Q. Mitchell and Suicide Magnets on Wednesday, November 14; and playing PhilaMOCA with Delicate Steve and Banned Books on Sunday, December 2.