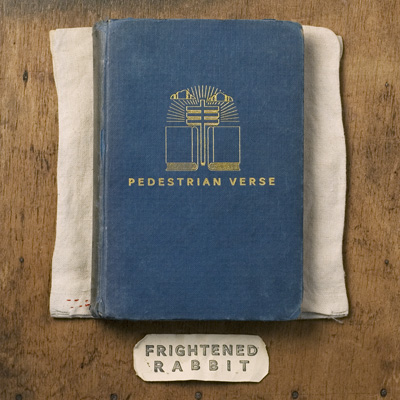 Exciting news has come out from the blustery Scottish headquarters of Frightened Rabbit: the band’s fourth studio album Pedestrian Verse will be out on Atlantic Records in February 2013.  According to lead singer Scott Hutchinson, Pedestrian Verse will be decidedly darker than the previous albums, as the band has been experimenting with minor keys for their newer material.  The album also marks the band’s major label debut; the three earlier LPs were released on indie label Fat Cat Records.  View the tracklist below, and then watch Frightened Rabbit”s video for “State Hospital” from their recent State Hospital EP.  You can also download a free EP in exchange for your email address here.