What will a new My Bloody Valentine album sound like, anyway? (plus: listen to MBV-influenced Philly musicians) - WXPN 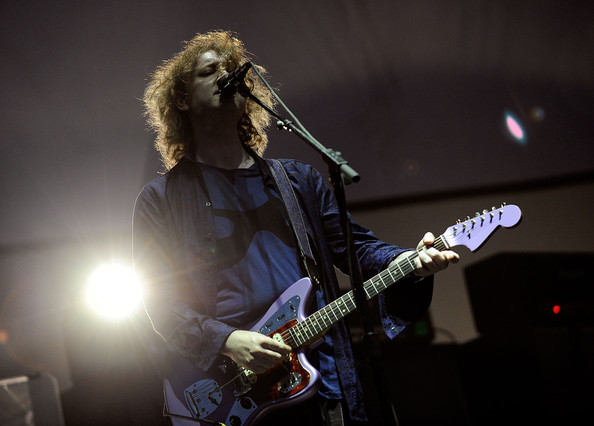 What will a new My Bloody Valentine album sound like, anyway? (plus: listen to MBV-influenced Philly musicians)

A big bomb dropped this morning for fans of loud amplifiers, effects pedals and that hypnotic musical genre known as shoegaze. Kevin Shields, singer and guitarist for My Bloody Valentine, told long-standing UK music news source NME that his band will release a new album by year’s end. The as-yet-untitled work would be available through Shields’ website, and would be followed up by an EP of even newer material.

This news is nothing short of staggering, considering that MBV’s last recorded work was the landmark record Loveless, released some 21 years ago back in November of 1991. Its blend of dissonance and agression with beauty and tranquility had no major parallels at the time, but went on to influence countless artists in the subsequent decades. You could hear the echo of Loveless in 90s acts like The Verve and Mazzy Star as well as 21st century rock demagogues Radiohead, all the way down to smaller-profile artists like Japancakes (who covered the album in its entirety in 2007), Black Angels and currently buzzing Baltimore outfit Secret Mountains.

So the question is – what is the band’s first album in 21 years going to sound like, anyway? Shields told NME that the engineers and musicians who have heard the record, which has been in the works since sometime the 90s, find it to be more far-out than Loveless. He doesn’t agree, however.

So does that mean it will merely be Loveless II? One would think that a band wouldn’t release its first album in 21 years unless it had something new to say / do, right? Even a bad My Bloody Valentine record would rule pretty hard…but what if the unthinkable happens and it is bad? Could it tarnish the legacy of Loveless? Are you excited or afraid to listen?

Ponder these questions, and let us know what you think in the comments below. And while you do that, check out an assortment of artists from our own local music community here in Philly that, one way or another, have drawn influence from My Bloody Valentine.

Jeff Ziegler and his cohorts in Arc in Round draw from all manner of experimental styles, but their blend of sheer volume and the atmospheric vocals of Mikele Edwards make them one of the closest things to MBV that we’ve got.

The jangley guitars and amp-tones of Matt Scottoline’s Hurry draw liberally from the MBV school, with perhaps more of an emphasis on pop catchiness and whimsical sonic tapestries.

Disclosure: Philly instrumental guitarist Dan Malloy is a good friend, and I’ve engineered a few of the tracks he’s released over the years – including this one, from 2010’s atmospheric Soundscaping EP. But he’s a proud Shields devotee, to the point of taking notes on amp choices, settings and placement when MBV reunited a few years back. When this news broke, he was the first person I thought to tell.

A second-generation case: Endor Endor not only draws influence from MBV, but also the artists that MBV has influenced, particularly the post-rock school of Explosions in the Sky and Sigur Ros.