Exit Interview: Meg Baird on her 10+ years in the Philly folk scene - WXPN | Vinyl At Heart 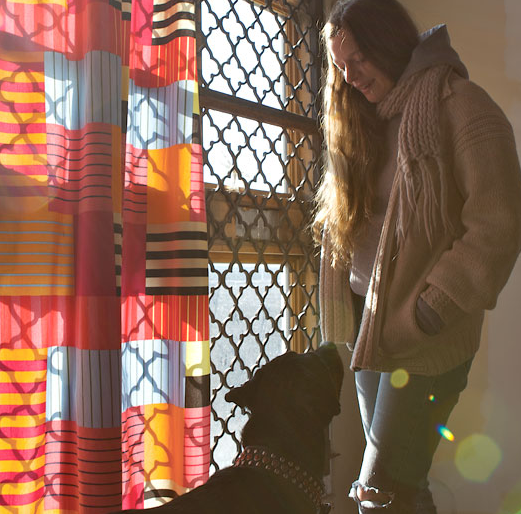 Exit Interview: Meg Baird on her 10+ years in the Philly folk scene

“One thing that I love about Philly is that people aren’t very careerist here,” says Philly songwriter Meg Baird, Saturday afternoon over coffee at South Street’s OFC. “In cities like New York or L.A., I feel like there’s a greater pressure to present highly complete work. But here people are happy to hang out with your cocktail napkin work. They enjoy your sketch-y stuff, and I think they like being in on the process a little, where they see you play something that maybe you don’t really have worked out quite yet. It’s something people say is true in San Francisco too, so I’m kinda hoping that will be a nice segue, to help me feel comfortable.”

She pauses to sip her coffee. Almost two decades after moving to Philly from South Jersey, Philly’s honey-tongued songstress will be leaving the City of Brotherly Love for San Francisco, where her boyfriend lives. It’s an exciting but bittersweet time—while she’s eager to delve into the city’s long folk history (“there’s this band from San Francisco called Icky Boyfriends that really played a big role in my formative musical years,” she says. “I actually got to play with them last week in New York City which was incredible”), she knows for sure she’ll miss her family and friends, not to mention the community of musicians and music-lovers.

A Philly resident since ’95, Baird has remained close to the local folk scene pretty much ever since. The great great-niece of famed Appalachian composer I. G. Greer, she quite literally has music in her blood, and grew up singing and playing guitar and piano. After graduating from college, she admits she considered moving to NYC, but found Philly more manageable and affordable.

“A room opened up in a big house in Washington Square—this is way back when everyone lived downtown for $400—so it was a good situation,” she recalls. “It was certainly much more appealing than heading up to New York and cramming into a box on the Lower East Side or something.” She pauses. “This was of course before everyone lived in Brooklyn—living in Brooklyn at the time seemed insane.”

It turns out Philly was a good match. A few years later in 2002, Baird became a founding member of acclaimed folk band Espers, who won fans with their haunting melodies and enveloping soundscapes. Baird describes the band’s formation as a particularly memorable moment in her career: a brief but serendipitous time where friends came together to create something larger. “It was one of those moments that worked so well because it was brief,” she says with a laugh. “That kind of thing isn’t sustainable.”

Of course, Espers is not Baird’s only successful endeavor: her two solo records, Dear Companion (2007) and Seasons on Earth (2011), are strong and seductive offerings, which paint Baird as an incredible, emerging talent. She’s also collaborated with Kurt Vile, Bonnie Prince Billy, and Sharon Van Etten—to name just a few—and has toured with Bert Jansch and James Blackshaw. But Baird has never considered herself even as much as a local celebrity.

“I know that there are people out there that enjoy my music, but it’s never like, you know—I’ve never had one of those awkward moments where someone is like ‘Wow, you’re here! You’re really great!’” She giggles. “It always surprises me when someone I don’t know has heard of my music. I think the level of notoriety is so small—when I do run into someone who is familiar with my work, it’s always a pleasant surprise. More likely, we end up having something else in common. Like, ‘oh, you live on that block? I used to live on that block!‘ Or we shop at the same farmer’s market or something.”

When Baird is not busy composing songs, she works full-time at the Wagner Free Institute of Science in North Philly, a Victorian natural history museum whose collection has remained pretty much unchanged since the death of its curator and founder William Wagner in 1885. Baird describes it as a unique trove of Darwinian science, adding that “it’s a beautiful place. I’m gonna miss it like crazy.”

Working full-time and composing is a necessity, but Baird doesn’t mind it too much. “The only thing I don’t like about working full-time and writing music,” she says—”is that I feel like I end up watering both down, which is frustrating. And it’s hard to give a lot of energy to my work, because then the music suffers, or vice versa.”

So does that mean she’ll work less when she moves to San Francisco?

“I’ll get away with what I can,” she says laughing. Other plans include spending more time recording (“I’ll have a lot more resources out there, so that might help a little,” she explains), and hopefully working towards a new record in the coming years. “I’m trying to speed up my recording process a bit,” she says sheepishly, sipping her coffee. “Generally it takes me 3 to 4 years to record an album. I’m looking to cut that in half.” She’ll also have her own recording space for the first time in years, which will allow to her expand creatively.

“Right now, I do most of my recording from my apartment,” she says. “And I like working in my apartment…but there are definitely certain sounds and textures you can’t get working from home. It’s just too obnoxious. I couldn’t do that to my neighbors!”

Baird will play one more show before heading out to the West Coast—at West Philly’s Studio 34 with Angel Olsen and Brendan Codey. But don’t expect this to be the last you’ll see of her. “I hope to visit often,” she says. “I’m looking forward to it, but I know I’ll be homesick.”

Meg Baird plays Studio 34, 4522 Baltimore Avenue, Tuesday, November 13 with Angel Olsen and Brendan Codey. The all-ages show, sponsored by Folkadelphia, begins at 8:00 p.m. and admission is $8; more information can be found via Facebook.