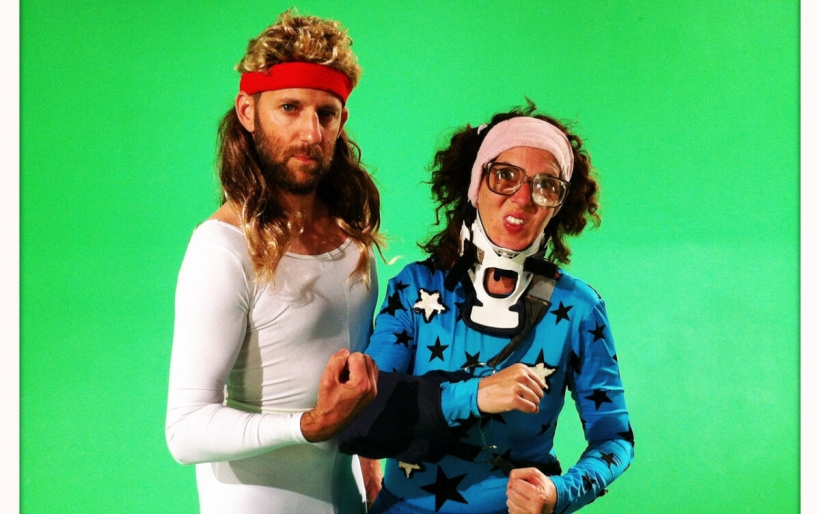 Hands down, one of the most bizarre things you’ll see this holiday season is the series of infomercial promos for Sufjan Stevens‘ Silver and Gold box set. Dubbed the “Friendship Slay Ride,” the series of seven films were created with musicians Jeff Shoop and Rosie Thomas. The latest features Thomas in comedic character mode playing Sheila Saputo, an aspiring entertainer triumphing over horse-riding injuries – because, why not? But before we get to her tale of woe, the clip begins with an introductory segment featuring Philadelphia’s Denison Witmer, a frequent Stevens collaborator, as a spandex-clad workout instructor. On his Facebook page earlier today, Witmer wrote:

If there is ever any question as to what clearly marks the beginning of the end of my music career, I have little doubt that it will be traced back to this exact moment. #NoRegrets #SoManyRegrets #WhyDidMyFriendsJumpFromABridgeAndWhyDidIJumpToo?

Watch the video below, and let’s hope Witmer wears a similar outfit when Sufjan Stevens kicks off his holiday tour at Union Transfer on Friday. Even if he doesn’t, the opening set by Saptuo will do a fine job bringing the weird.