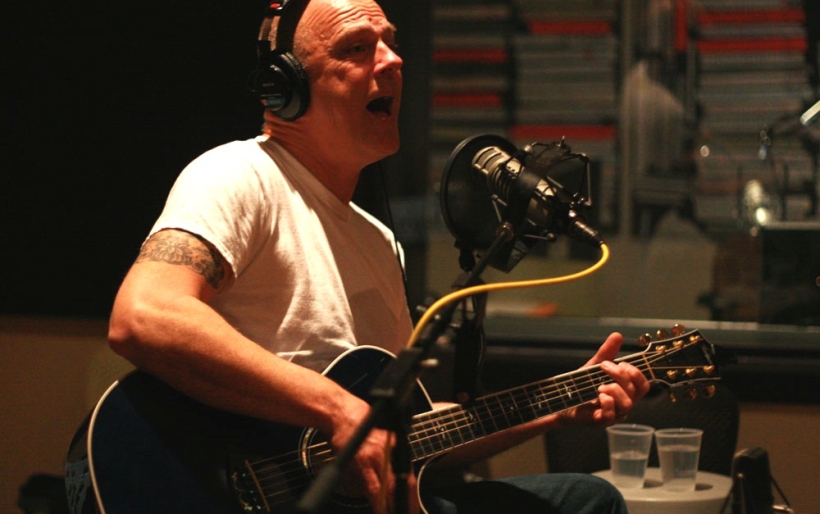 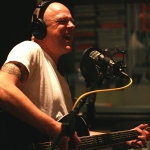 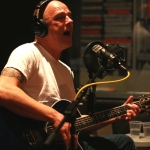 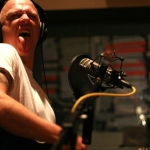 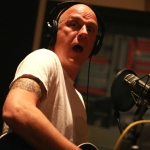 In a lot of ways, Tommy Conwell defined Philly rock and roll in the 1980s. His band The Young Rumblers hit it big with the immortal guitar lick and singalong hook of their 1988 hit “I’m Not Your Man,” and gave other upstart bands in the city someone to look up to, something to shoot for. They toured, released two LPs on Columbia Records, and knocked out power-pop classics before disbanding in the early 90s. Everybody stayed active, and Conwell in particular continued giving back to the local scene that got him started – from hosting a long-running local music show on WYSP to playing regular, rousing acoustic nights at Glenside’s The Blue Comet. This Black Friday, in what’s become a post-Thanksgiving tradition, Conwell and The Young Rumblers – original members Chris Day, Jim Hannum, Rob Miller and Paul Slivka – are reuniting for a show at The Electric Factory. Tommy warmed up for the gig by visiting XPN studios last week with his acoustic guitar to lay down some choice cuts from his back-catalogue. Of course “the hit” was one of them, but we also get the chugging Replacements-esque number “I’m Home,” the snappy Joe Jackson tones of “Everything They Say Is True,” and the rambling-man rocker “Goin’ Back To Philly.” Download the tracks below, and get more information on the Young Rumblers reunion gig here.
Related Content
View All Related Content