Unlocked: Download Ross Bellenoit's "Down to One" from the new Home Songs Volume 3 - WXPN 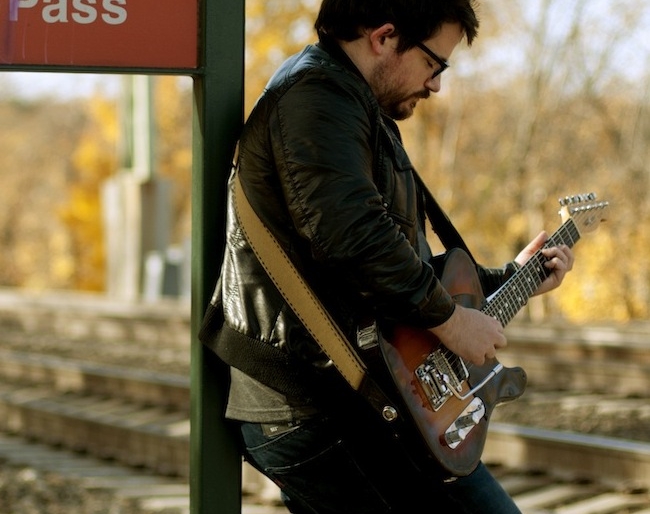 Unlocked: Download Ross Bellenoit’s “Down to One” from the new Home Songs Volume 3

You know Philly musician Ross Bellenoit, even if you don’t realize it. The versatile player has lent his guitar savvy to Birdie Busch and Sun Airway, his production know-how to Ali Wadsworth and Aaron and the Spell, and countless more in between. Somewhere in the mix, he also writes his own songs  – a wholly different exercise from accompanying other artists on stage, or helping them shape their songs in the studio – and this week Bellenoit is celebrating the third installment in his series of EPs he’s been self-releasing since spring. Home Songs Volume 3 has been online for a month and will be available on CD in a release party at Underground Arts this Friday. With the return of UNLOCKED – The Key’s regular series spotlighting new and significant releases by Philadelphia-area artists – we’ll dig not only into the most recent installment, but the series as a whole, and Bellenoit’s quest to make his life making music. He’s succeeding so far, and today we’ve got evidence of such that you can download and pop on your mp3 player. “Down to One” is a jaunty number from the new EP that’s an unapologetic homage to Harry Nilsson; Ross will tell us more about it in our interview later in the week. Tomorrow we’ll have a review of the Home Songs series, later in the week we’ll have some video and a (maybe) a Bellenoit musical genealogy. Today, though, you can get started with “Down to One” . UPDATE: 24 hours are up! Enjoy the song in the streaming player below.