It is a problem that has plagued modern society. It has jolted you out of your sleep in worry and cold sweats. It has left you crippled with regret. It can literally ruin your night. It is the dreaded double booking. Two potentially dope concerts, one potentially dope night. Here on Double Booked, we’ll help make your decision between Neil Young’s appearance at Wells Fargo Center and Passion Pit’s appearance at The Electric Factory easier by breaking down the two shows by category, and deciding which reigns supreme. Let’s do this.

Will They Be Back Soon?

Neil Young and Crazy Horse: Neil Young, despite what his name suggests, is getting older like the rest of us. He is old enough to be Passion Pit’s grandfather, but he certainly does not look at beaten by the road as, say, Bob Dylan, who at this point, is just a shell of himself. No, Young, not to mention the rest of Crazy Horse, can still bring the house down the only way they know how. While his production is prolific, Young keeps fans coming decade after decade because of his dedication to touring and playing live. To quote Mr. Young, “The gentleman says, ‘Live music is better’ bumper stickers/ Should be issued/ All in favor of what he said /Signify by sayin’ “ay”/ ‘Ay!”

Passion Pit: Passion Pit’s lead singer, songwriter, and lone member who didn’t attend Berklee College Of Music, is no doubt gifted, but also is haunted emotionally. Michael Angelakos was diagnosed with Bipolar disorder when he was 18, and as recently as last year was forced to cancel a string of dates due to issues surrounding his mental health. It is not a problem that has made the band a liability, but taking advantage of a sure shot to see them perform live might not be a bad idea. Also, they are kind of at the end of their album’s cycle, given that Gossamer was released back in July. They are three deep in singles, and they already played Saturday Night Live. That being said, these sprightly young chaps are not going anywhere, and I bet if they didn’t have a show to play in Philly already, they would probably be at the Neil Young show.

Verdict: We are giving this to Neil, based on seniority. We know there have been advances in medicine, but he is a freakin’ Senior Citizen. Would YOU want to live on the road deep into your 60’s? 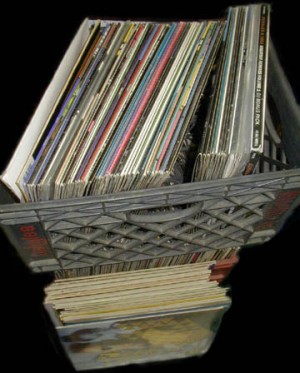 Neil Young & Crazy Horse: Okay, Neil Young has, count it, 37 Studio Albums. Do you get that that means? There are veteran labels with fewer releases. (That is an educated guess; feel free to prove me wrong.) Bob Dylan has 35 albums, and he is the definition of prolific. Those 37 Albums, by the way, don’t include the 6 studio albums he recorded with CSNY and Buffalo Springfield. Or the dozen or so live albums, soundtracks, and compilations. He is one of the most beloved and respected musicians in American history and he is freaking CANADIAN! As of the Boston show on 11/26, Young has played 1856 shows over 89 tours spanning 44 years. Again, that is NOT INCLUDING, the 750 shows he played with CSNY and Buffalo Springfield. By the time he has arrived in Philadelphia, he will have surpassed the 30,000 mark for songs played on tour. He has an entire fan website collecting these mind-blowing stats. Mind not blown yet? Go see him Thursday.

Passion Pit: Since forming in 2007 they have released 2 studio albums. They have a lot of work to do.

Verdict: You and I both know this one goes to Neil Young.

Neil Young & Crazy Horse: In her own right, Patti Smith is a legend. The original female punk rocker was inducted into the Rock and Roll Hall of Fame in 2007, around the time of her resurgence as a performer. She was shredding with the big boys in NYC and, without exaggeration, changed the entire scene with her 1975 debut album Horses. Now, despite her age, Smith still rocks pretty hard, and she gets bonus points for having the same guitarist, Lenny Kaye, in her band since 1974. That being said, one might wonder if an opener is really needed for Neil Young & Crazy Horse. After all, that time could be much better spent playing, say, Arc.

Passion Pit: They have a great opener in Ra Ra Riot, the violin-infused indie pop who have been makin’ music since 2007. They first gained attention with a really great, eponymously named debut E.P. in 2007 before signing to Barsuk in 2010. They haven’t put out an album in a couple years, but have a new LP, Beta Love, slated for a 2013 release through Barsuk. Their singer, Wes Miles, gets bonus points for putting out that solid Discovery album with the Vampire Weekend dude a couple years back.

Verdict: Patti Smith is pretty awesome, and an elder stateswoman in Rock and Roll, so we have to give her the edge over Ra Ra Riot. But beware of her taking precious time from Mr. Young. Remember, we are talking about a man who has played over 750 unique songs.

Neil Young & Crazy Horse: Before Xfinity Live opened I would say the best thing you can do after a show is try not to get beat up by a disgruntled sports fan who has just suffered another heartbreaking defeat. (For non-sports fans, that has been happening a lot more in Philly recently than anyone would like. The losing part, not sure about the chances of getting pummeled.) I think Eddie Money played Xfinity Live earlier this year. You can pay exorbitant fees to drink Victory by the liter, and then get emasculated by getting thrown off a fake bull. Don’t forget crab fries!

Verdict: We are giving this to Passion Pit, because dollar dog night doesn’t exist at concerts, and that is why we go to the Stadiums.

Neil Young & Crazy Horse wins the whole shebang, but Passion Pit did put up a hard fight against the living legend. Both of these shows are going to be pretty great.