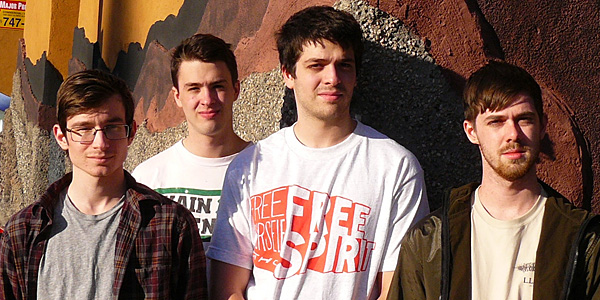 Our New Jersey neighbors can claim The Gaslight Anthem’s Handwritten and Titus Andronicus’ Local Business as their powerful rock releases this year. But on the other side of the Delaware, Pennsylvania has also produced a slew of riff-makers and risk-takers who are nothing to snuff at.

Kingston-born pop-punk/hardcore band Title Fight is the most current and quintessential example of PA’s proven ability to hit hard. The September release of their sophomore album, Floral Green, brought the band Billboard top 100 stature and recognition outside of Alternative Press and Warped Tour-going underground music lovers.

The album is a display of melodic maturity from the band’s debut Shed, which was invigorating but sped by, with more than half of its tracks coming in around or under the 2-minute mark.

Where Shed showed the small bud of this band’s musicality and vocal abilities, Floral Green shows how Title Fight has bloomed – opening up to expose something beautifully gritty and raw, raucous and angry, exciting and unexpected. Tapping into new textures, layers and intricacies while keeping the power of vocalist Jamie Rhoden’s words and wails gave the band new room to grow.

Slow-building spectacles like the single “Head In The Ceiling Fan” should be a treat to see live, and the sold-out status of Friday’s headlining show at Union Transfer shows that local Title Fight fans haven’t overlooked this fact.

In the song “Sympathy,” another track off of Floral Green, Rhoden growls about his desires of “just wanting to be something.” Congratulations to Title Fight on achieving that goal and making Pennsylvania proud.