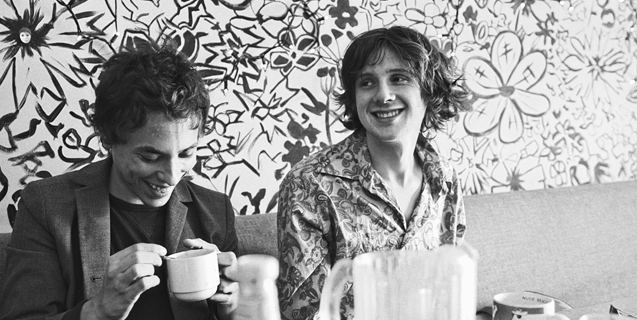 Foxygen, the duo of Sam France and Jonathan Rado, release their new album, We Are the 21st Century Ambassadors of Peace & Magic, on Jagjaguwar Records on January 22nd. After rave reviews at CMJ this past Fall, they’ve been preparing for the release of their new album and are about to tour opening for Of Montreal followed by a February-March run with Unknown Mortal Orchestra and Wampire. Foxygen w/ Of Montreal play Thursday, December 13th at the Trocadero. Go here to purchase tickets to the show. Below, watch the video for a new song, “Shuggie.”