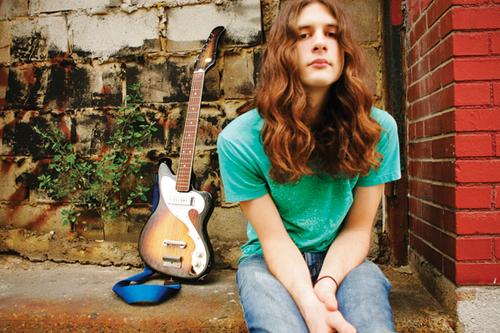 Not one to shy away from big statements ahead of album releases, Philly’s own “Constant Hitmaker” Kurt Vile has something to say about his forthcoming 2013 record: “It’s totally our Tusk, but no cheese. Just rock.”  Vile spoke with Spin earlier this week about the “epic” new release and while it’s still untitled, we can expect it to have everything we know and love about the lead Violator’s work:

“It’s me,” he says of the still-untitled effort, his third full-length for Matador. “You turn it on and it sounds like me. But the guitar playing is better and the ideas are new. It’s classic, it’s epic, with many more solos….  I was constantly writing songs  [on tour], but slowly. I would take my time, just seeking out nuances. I would work on a strummer for a long while, keep working on a single riff. It’s really obsessive, but there’s more electricity.”

Vile, who took a brief detour in his solo career in 2008 to found The War on Drugs with Adam Granduciel, has released two LPs for his label Matador Records prior to this one, in addition to a number of home tapes and studio releases for other labels.  Last year’s Smoke Ring for My Halo nested atop many best-of lists and has at least one thing in common with this next effort: Smoke Ring and “Untitled” were recorded with Dinosaur Jr. producer John Agnello. But “Untitled” was born on the road and recorded in studios across the country from Los Angeles, upstate New York and Philadelphia, a process that was new for Vile.

“When I first signed [to Matador], I couldn’t imagine writing on the road. And for a while I had a writing block because I wasn’t used to it. But it’s all about jamming on guitar in soundcheck and I just tapped into that.” Vile says time spent with Hotel California — journalist Barney Hoskyns’ behind-the-scenes look at Laurel Canyon in the 1970s — prompted him to book studio time in Southern California… “I just wanted to catch those cosmic vibes, circa 2012,” he says of the L.A. sessions.

With a tentative release date for spring 2013 (the birth of Vile’s second child put the album’s completion on hold a few months ago), it’s safe to say 2013 has to potential to be another big year for Mr. Vile.  In an interview with The Line of Best Fit in 2011, Vile said of his visions for Smoke Ring‘sfollow up that “… the next album will rock a little more and probably go for an outer space feel – I mean not completely psychedelic, but a little more out there….I’m probably going to get really experimental but still look to make it a cool record; take it to the next level, like I always try and do.”  We would expect nothing less from the “Childish Prodigy.”

Below, watch Kurt Vile perform “Baby’s Arms” at A.K.A. Music in Philly.