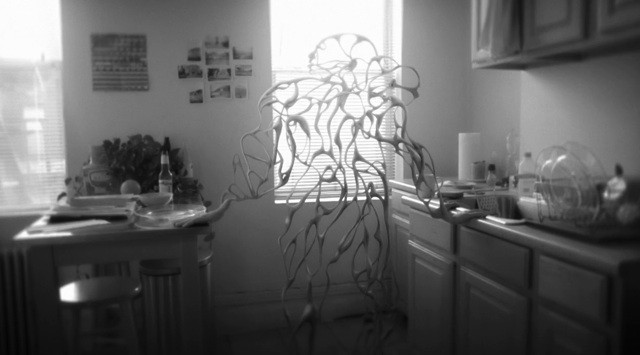 While no music videos have officially been released from Memory Tapes‘ new Grace / Confusion, we can only imagine that they’re in the works – and that they’ll be mindblowing. In addition to being a musical / production visionary in his own right, Dayve Hawk has esquisite taste in the visual artists he aligns his work with, cultivating a surreal aesthetic and an alluring mystique around his work. On Memory Tapes’ last release, Player Piano, he worked with three talented video directors – Eric Epstein, who produced the Grammy-nominated and widely-blogged “Yes I Know,” Jamie Harley who produced “Today Is Our Life” and Newfoundland Tack, who produced “Offers.” Watch all three videos below, and get excited for the next round of Memory Tapes audiovisual output.

Grace / Confusion is the featured album in this edition of Unlocked; hear the spotlighted track “Neighborhood Watch” in Monday’s post, read yesterday’s album review; and check back tomorrow for an interview with Dayve Hawk.