Interview: Rachael Yamagata on community, Rocky, and why once this tour is over, she could really use a nap - WXPN | Vinyl At Heart 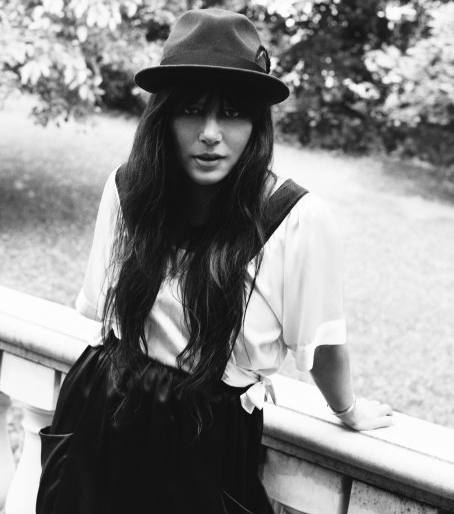 Interview: Rachael Yamagata on community, Rocky, and why once this tour is over, she could really use a nap

For nearly a decade now, Rachael Yamagata has seduced and charmed audiences with her gorgeous vocals and rare ability to encapsulate love and heartbreak in a 4-minute pop song.  Her exceptional voice and songwriting have won the hearts of everyone from Rhett Miller to Ryan Adams (both of whom she’s collaborated with), not to mention thousands of fans worldwide.

In 2011, she formed her own record label, Frankenfish, and released her third studio album, Chesapeake, to critical acclaim. Now, just one year later, she’s already released a new EP, Heavyweight, and is hitting the road to support it. I rang up Yamagata in advance of her Friday “Free at Noon” performance—to talk community, Rocky, and why once this tour is over, she could really use a nap.

The Key:  The new EP is called Heavyweight, and “Heavyweight” is also the name of the first song. Tell me about the idea behind it. Is the song about someone in particular? What does it mean to be a heavyweight?

Rachael Yamagata: It’s actually very silly, the idea behind it—I was in this serious relationship at the time where [my boyfriend and I] were constantly battling…and actually I had read somewhere that our two different personality types combined was like two boxers constantly trying to knock each other out [laughs]. I’m also a big fan of Rocky; I used to run on the Ben Franklin Bridge constantly and listen to the Rocky soundtrack, and so I kept thinking about Rocky, and the idea of this person existing solely on braggadocio, and approaching the world with this blustery strength and suppressing vulnerability…and just the kind of burden they hold as a result. It’s such a tenuous position, because once you’ve become a heavyweight champion….you know. What happens if you lose the fight? There’s always that vulnerability creeping in. And so in this song, and also in this relationship, there’s the idea that I’ll stand next to you no matter what, even though I know this about you.

TK: Why choose “Heavyweight” as the EP name?

RY: I think it just made sense, because there are thematic ideas within all the songs that pertain to that relationship. I also liked the idea of having a six song EP—which is comparatively short—and calling it heavyweight. It’s sort of fun and ironic. But I do think these six songs are also rich and heavy, and sort of a heavyweight in their own right.

TK:  I definitely felt that these songs were heavier than some of your past material…with the possible exception of “Falling in Love again,” which seems hopeful. What inspired this song?

RY: I actually give credit here to Mike Viola, for really inspiring me on this one—both “Heavyweight” and “Falling in Love Again” are co-written by Mike, and he’s one of the only people I can write with and still feel really intimately connected to the song. “Heavyweight” rings emotionally super, super true—and “Falling in Love Again” a little less so, to be perfectly honest. It really had a lot to do with Mike, and Mike’s optimism. I actually didn’t know if it would make the cut at first, but I really love the music of the song—it has such a classic, 70s, Burt Bacharach vibe—and I just loved how it came out. The record needs a little breather too. It can’t be all dark [laughs].

TK: You’ve spent a lot of time on the road, and I’ve seen you perform a couple of times myself, and your shows are always so intimate, and so moving. How do you channel this emotion night after night without getting burnt out or sounding insincere?

RY: It’s funny [pauses]…it’s hard.  You have to use whatever you have at the moment.  I actually had a show the other day where I was feeling super, super dark—I have a love-hate relationship with performing. It freaks me out. But when you hit your stride, and the audience is responding, it’s great—there’s nothing like it. But the other day I literally could NOT get myself out of this mood. I wasn’t being funny; I couldn’t make light of anything, which is something I usually do—and so I just sorta made this conscious decision not to fight it. If you’re in a mood, you have to go with it. And it turned out to be a really stunning show. I was so off-guard, and I think that’s what made it so special. I think the trick is not to attempt to be in a certain spot when performing—just be whatever you are. I don’t have to go back to the place where I was when I wrote the song in order to perform it—I’d be miserable all the time if I did that!—but I do take things like fatigue, and road exhaustion, and loneliness, and wondering if anyone is going to show up, and missing my cat—I take all those emotions and sing a song about insecurity, or about love loss.

TK: I noticed on Twitter, and on your blog as well, you are constantly thanking this community of music lovers—where does community come from for you? How do you think it influences your performances?

RY: I definitely feel a sister-brotherhood with people who have been through the ringer, in whatever sense. People are so generous with their stories, and being able to articulate their stories—and I’m always super touched because these people—my fans—come from such a wide spectrum of ages and cultural backgrounds, and it always reasserts for me that we’re more connected than we realize. I feel really connected to people in that way. I had a girl the other day tell me about how she OD’ed and my music helped her get through it…people say the most amazing things. And it makes me feel so much love. Because when I write songs, I’m in that space as well of trying to understand things…and when you get everyone together, it makes you realize that we’re all going through the same shit. It’s a bonding thing.

TK: You’ve had your own record label for about a year now. What have you learned as a result? Looking back, what would you offer to a musician just starting out wondering whether to sign with a label or go the DIY route?

RY: On the one hand, it’s hard to say I wouldn’t go the label route again, because I do feel like I had these amazing opportunities, and amazing press, and people who believed in me and really understood my music. I truly had the best in terms of existing in the major label world. It was the business part that exploded in ways I couldn’t imagine. I think though, ultimately, I wouldn’t do it again, just because the industry is so volatile. Instead, I’d suggest DIY for someone in my position…the main caveat of course being that having been signed did give me major label exposure…and while now I can claim I am DIY or whatever, it’s definitely at least partially because of my background, and having been part of the machine, that I have this fan base now. I’m very aware of that. That being said, I still think ownership and holding the reins to your own experience is so important…because if things go awry, you can live with it. It’s not some label saying that “it’s not the right time”, or the “right audience”…it’s all up to you.

As for other, more general advice, I’d say…the internet is insanely effective if you’re making your own stuff, and playing live is incredibly important. Having a one-on-one fan base is important. You have to have a lot of self-discipline. And you have to work like a crazy person. I think sometimes people who are just starting off don’t realize that: there’s no way to imagine the amount of work and crazy highs and lows until you start you doing it. So just get in there, and play shows, and practice at 3 a.m., and work, and go to school, and hand out cds on the street, and make it work. You need to have that drive.

TK: What’s coming next for you?

RY:  Honestly…I need a nap [laughs]. I’m going to get off the road—I haven’t really stopped for a year and a half. I did a pledge campaign for the last record [Chesapeake], then made that record, then went on tour for 8 months. Then over the summer I took a music class, and recorded the EP, and then we’ve been on the road again since. So I think I need a long nap…and then probably, I gotta write another record. I have to keep writing. I’m super pumped about writing as much as possible.

Rachael Yamagata plays this week’s Free at Noon, and then again at the Sanctuary of the First Unitarian Church, 2125 Chestnut Street, Friday, December 7. The all-ages show begins at 8:30 p.m. and admission is $14; more information can be found here.