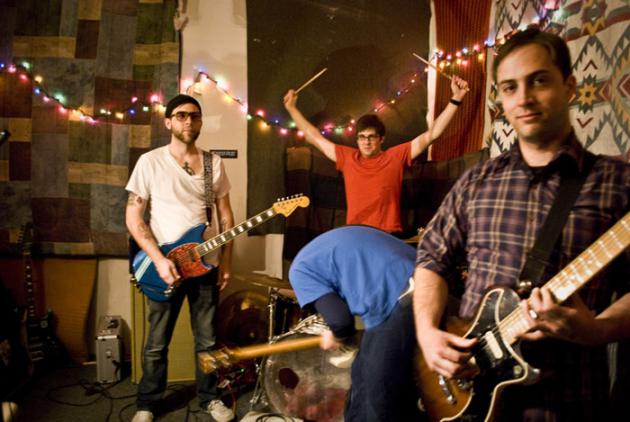 It’s been two years since the Philadelphia indie/alternative band Thinking Machines has released new material. In that time, they’ve evolved. The forthcoming Extension Chords, out on CD on December 18th and available digitally now, displays a vast landscape of versatility compared to their earlier releases. The band, now a 4-piece, has refined and developed its sound since 2010’s Work Tapes, which highlighted the band’s musical chemistry, splintering riffs and driving rhythms.

This new LP implements elements of shoegaze and prog-rock, with melodies that sit like a heavy load atop screaming guitar riffs and thick, roaring bass. Helpless, like being trapped in the bottom of a well, yet infinite and soaring, as if rocketing into the outer reaches of space; the entire album creates a thick, interstellar fog that is ever expanding and drifting aimlessly through the sonic abyss. Thinking Machine claims that Extension Chords will be “one of your favorite records of the year,” and they’re probably right. Check it out here, and watch the video for the song “Gozu”  below.