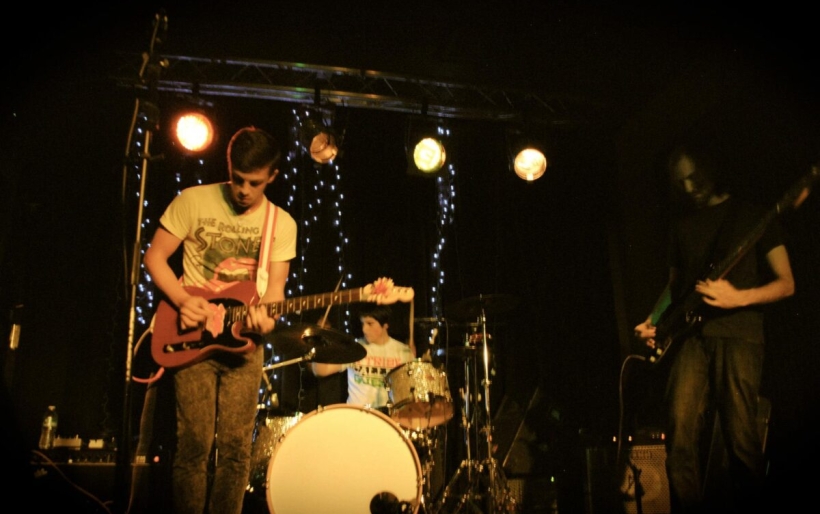 All week on Unlocked, we’ve spotlighted the excellent new release from The Fleeting Ends, Our Eyes are Peeled; and all week we’ve brought up the band’s influences, which is practically an unavoidable topic with a band this steeped in rock tradition. Thankfully, the guys are very open to talking about their favorite artists, the ones they aspire to. For this final installment of Unlocked, we had the band compile a Spotify playlist of music that has influenced them over the years – from George Harrison to XTC and The Cure. Listen to it below, and for more, the album will be released in full next month; you can stream its first four songs here, preorders are available here; tonight they play The Millhill Basement in Trenton, and on New Year’s Eve, they’re at MilkBoy. So in short, you’ve got many of opportunities to hear from this up-and-coming band in the coming months. Dig in.

Our Eyes are Peeled is the featured album in this edition of Unlocked; hear the spotlighted song “Operator” in Monday’s post, read Tuesday’s album review; go in the studio for the “Operator Video” in Wednesday’s post and read yesterday’s interview. And stay tuned to The Key for future album spotlights on Unlocked.