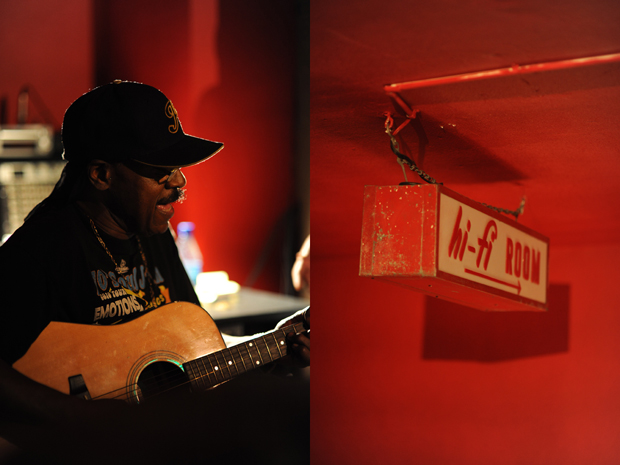 Adrian Younge Presents (the return of) the Delfonics

Here in Philly we love our Delfonics. When we got word that soul singer and musician Adrian Younge was working on a new album with William Hart, the lead singer and founder of The Delfonics, we couldn’t wait to hear the results of their efforts. We’re happy to say that the first taste of the album is over the top classic Delfonics.

For those of you not familiar with them, The Delfonics had a string of hit songs that began in 1967 with “La-La (Means I Love You),” and continued with songs like “Didn’t I (Blow Your Mind This Time)” and “Ready or Not Here I Come (Can’t Hide from Love).” To this day these songs remain some of R&B music’s longest lasting classics. The Delfonics formed at Overbrook High School in the Sixties. William, his brother Wilbert, and Randy Cain worked with legendary producer, songwriter, arranger and musician Thom Bell to create what was a gorgeous mix of symphonic soul; lush arrangements with french horns, strings, stunning rhythm work and William’s soaring vocals. Often sampled, revered by Quentin Tarantino (see Jackie Brown) and featuring the musical talents of the core group of musicians known to the world as the house band behind dozens of The Sound Of Philadelphia (and the engineering prowess of Joe Tarsia), The Delfonics oozed soul, and had the hits to prove it.

Enter Adrian Younge, a leader of the new classic soul generation, who has released the first single from a forthcoming collaboration with William Hart called Adrian Younge Presents The Delfonics being released February 13th on Wax Poetics. Close your eyes and listen to the new “Stop And Look (And You Have Found Love)” and you’ll be instantly transported back to 1968. Below, watch the video for “Stop And Look,” directed by David Wong and featuring Saudia Mills and Om’mas Keith on backing vocals. Hart sounds as good now as he did 40 plus years ago. It’s stunning.

Adrian Younge Presents the Delfonics “Stop and Look (And You Have Found Love)” from Wax Poetics on Vimeo.