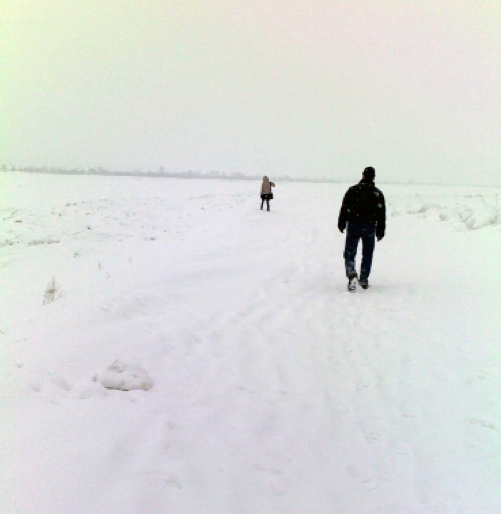 Tonight, Norwegian Arms celebrates the release of it’s debut LP Wolf Like a Stray Dog at Johnny Brenda’s, and it’s truly a multi-sensory affair. In addition to the lush record that we’ve been featuring all week on Unlocked, and the imaginative live performance discussed yesterday in our interview with the band, the LP comes packaged with an elaborate collection of photos, poems and visual mementos of band leader Brendan Mulvihill’s time in Russia. In today’s post, he gives us a peek at some of the images and the meaning behind them. Check them out below, and pick up your own copy when the band celebrates the album’s release tonight at Johnny Brenda’s. 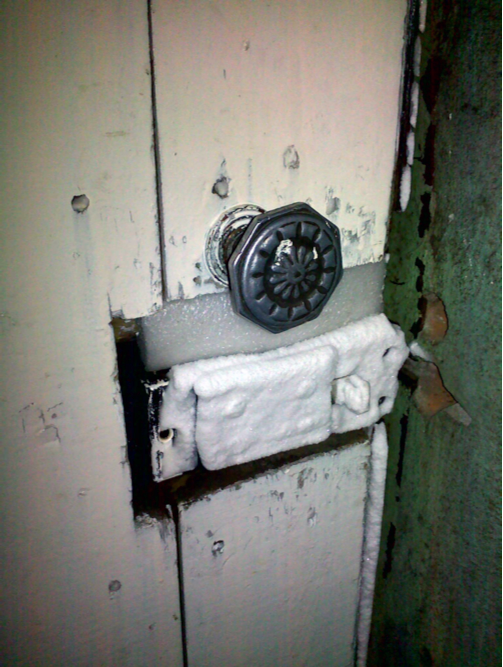 “I remember seeing this for the first time and being really surprised to see it. I think this happened around November. It was beautiful, and to me at the time uniquely Siberian. I also remember the day this stopped happening, sometime in March. It was a momentous occasion for me. This is the ‘frost on the door.'” 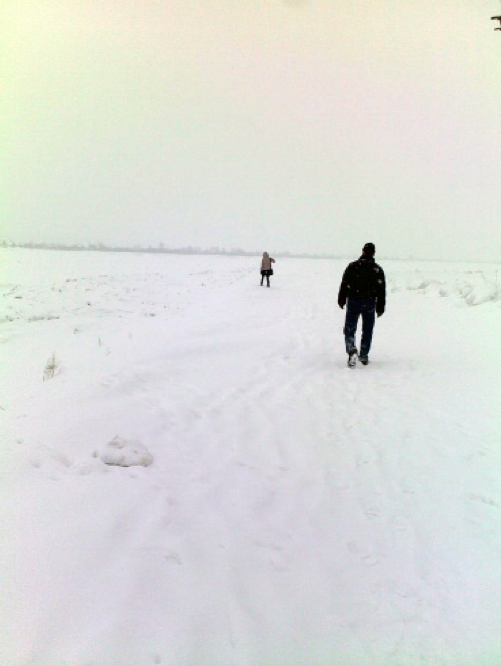 “One day I was walking home from work and I saw this man, and I thought ‘this guy is definitely a foreigner’ and I stalked him a little and I saw that his book was in English. So I asked him where he was from, and he was a Serbian-French photographer who liked taking pictures of a lot of nothing so he decided to come to Siberia. We ended up hanging out that weekend and drinking coffee. We went out to the edge of the river, frozen to the bottom in the end of January and I remember being very intrigued by the whiteness, so I snapped this. All of these photos were taken on this russian nokia cameraphone I had.” 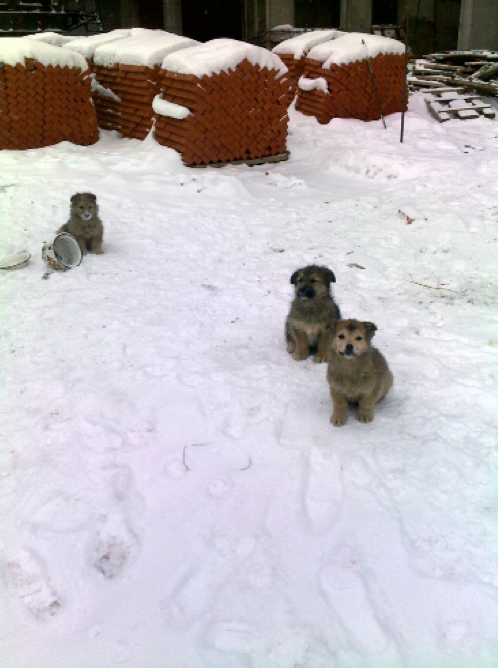 “Stray dog puppies, a bit later the same day as the above photo. I was charmed that each one had a distinct personality. To this day I’m not sure which I’d take home, thee handsome one in the front or the scrappy one in back with snow on his face.” 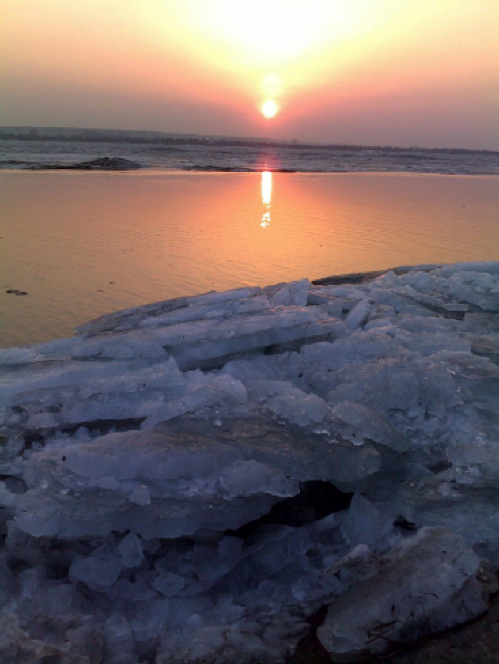 “The river gets frozen to the bottom, so as things get warmer in spring, the government accelerates the process by blowing up the river with dynamite. I went there with some friends while it was happening and we watched the water level slowly rise, later we saw that all the surrounding villages and farms were flooded and a lot of cattle died. The ice chunks piled up on shore in big heaps. That night I was leaving this German speaking club I went to sometimes and walked down and the sun was setting and the colors really struck me. The area you see with liquid water only was about half the width. What appears to be land is actually frozen river, the real bank is where those trees in the distance are.”

Wolf Like A Stray Dog is the featured album in this edition of Unlocked; hear the spotlighted song “She Lives in a Secret Town” in Monday’s post, read Tuesday’s album review; see a live performance of “Tired of Being Cold” in Wednesday’s post and read yesterday’s interview. And stay tuned to The Key for future album spotlights on Unlocked.