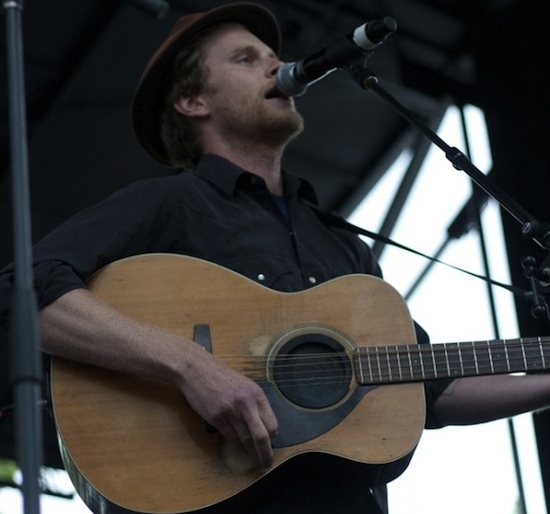 So, remember when this “new” band called The Lumineers played the XPoNential Music Festival in July?

It’s been almost a year since The Lumineers literally got their first play on WXPN. On Monday, January 9th, 2012, the band was featured as a World Cafe: Next artist and that evening during XPN’s weekly new music show, the 8 O’Clock News, XPN’s Mike Vasilikos played “Ho Hey.” Little did we know then that the song and the band would go on to the well deserved success it’s had this year. The Grammy award nominated Brooklyn-to-Colorado indie-folk rockers have become one of XPN’s most popular break out bands of 2012. When the band played the XPoNential Music Festival last July it’s song “Ho Hey” was just starting to get mainstream radio play but we could feel the excitement from the crowd that watched their set that they were watching a band that would go on to “really big things.” The band released their self-titled debut on April 3rd and since then “Ho Hey” has skyrocketed to the top of the radio charts and sales charts. They’ve been touring almost non-stop since last Winter; in fact they played a SXSW live broadcast last March in Austin for XPN on a bill that included Father John Misty and Delta Spirit. Tonight, the band are in town opening for the Dave Matthews Band; The Lumineers are playing the Tower Theatre on February 9th, 2013. Tickets to the show are sold out. Let’s take a moment to look back on the year long history of XPN’s love affair with The Lumineers. Welcome back to Philly and we raise our glasses to their continued success!

January 9, 2012: David Dye chooses The Lumineers as a World Cafe: Next artist. Listen to it here.

July 16th, 2012: The Lumineers are featured on World Cafe with David Dye. Listen to the interview and performance here

July 20th, 2012: The band plays the XPoNential Music Festival. Listen to their set here. Below, watch a video from their performance at XPO fest.