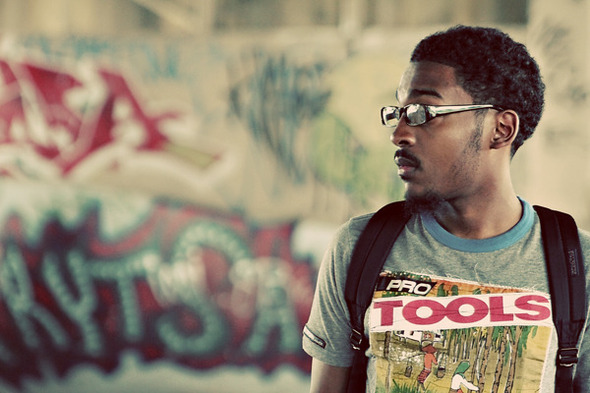 Interview: Chill Moody on wrapping up a great year by headlining The TLA

When he played the Roots Picnic this summer, Chill Moody caught the eyes and ears of the folks at Billboard Magazine, who highlighted his set in their rundown of the festival. For Chill, this was an unexpected honor- the magazine tracks the music business, and so far, he’s never actually sold his music. It was also one highlight in a string of highlights for the Philly rapper: he released the tremendous Freshman Take Cover mixtape this summer, he threw a concert in Love Park in September, he became the first rapper to perform at City Hall in October, performing alongside poet Sonia Sanchez. Tomorrow night, he brings the year to a close on a high note, headlining The TLA on South Street. We caught up with Chill via phone last week to recap his breakout year, get a preview of the TLA show – and the new album, RFM, that comes with it – and to hear what’s in store for 2013.

The Key: What does it mean to you to be playing the TLA?

Chill Moody: It’s everything. It’s a great way to end this year. It’s a been a great year for my career. We had word we’d get this show around June when it first got in talks, and I found out for sure in October. But I figured I should keep rolling throughout the year, and use it to put on a big show at end of year. It’s good to be looked at as the main attraction in your own city, and people who’ve been following me and my career know this is huge for me. They’re proud of me.

TK: Seems like it’s going to be a big lineup – Mic Stew, Jade Alston – I heard The Astronauts are involved. Did you hand pick the artists who are with you?

CM: Yeah, it was a mixture of people who I’m fans of their music and also fans of them as performers. They’re people where their music transcends to their live performance. It’s not like people coming to this show will come just to see me. If you get there on time, you’ll get a good show front to back, and be excited that whole time up until I get on stage. When I found out I got this show, I said the first thing I needed to do was get Mic Stew and from there everything else fell into place.

TK: You’re releasing a new project with the show, RFM. First of all, dumb question – what’s that an abbreviation for?

CM: I haven’t told anyone, and I probably won’t. Nobody will find out until the show. It’s something me and my cousin Hank McCoy came up with. We needed a cool name for this project, something that encapsulates where I’m at in my career, the trials and tribulations I’ve experienced, where I’m at in my life today. So we put RFM out there, and just left it at that – since we felt like adding some type of mystique to the project. We had a Twitter contest to guess what RFM means, and it’s to the point where people who are actually on album don’t know what it means. It’s fun for me watching them squirm and guess things that are good guesses but are things I’d never call the project. [laughs]

TK: I feel like I’ve seen you and some others talk about this project in terms of being an “album” versus a “mixtape.” Is this a next-step thing for you?

CM: Yes, definitely. I’ve always called my projects albums anyway, because it’s all original beats. I don’t rap over industry beats, I don’t rap over whatever the hot single is. They’re cohesive, and I put themes to them a lot, whether it’s about girls [Who Do You Love? and the ongoing Valentine’s Day series] or being a rapper [Freshman Take Cover]. That said, this isn’t going to be a free download like the others – I’m going to put it on iTunes and it’s going to be my first official album-album, and hopefully my introduction to national hip-hop scene. I’m thinking about doing some bigger things too – like printing 1000 hard copies, a collectors’ edition. And the iTunes version will be a deluxe edition, so even if you have hard copy, iTunes is going to have extra stuff. Plus, there will be liner notes – I’m a big geek for that. When I get a new album, I can’t wait to pull it out, read who they thank, who produced what tracks, who the guests were.

TK: I saw some Instagrams of you in the studio with Freeway. Is he doing a spot on the album?

CM: Yeah, Free is my only guest. I joked and said RFM is my most selfish album of all time. I have no other rap features except Freeway. And that came about because we’re always in the same venues; every time I’ve had a show for past year and a half, somebody else has always brought him on as a guest spot. So we got to talking, and he’s dropping jewels on me, telling me things about the industry. It’s very big brother / little brother. So the song he’s on is called “Change Coming,” it’s produced by Joe Logic, and we’ll probably shoot a video for it soon.

CM: Hopefully everything I’ve done this year, next year will take that to a national level. If this show goes right and we sell it out, somebody will take notice. Hopefully we’ll get a tour going, get a lot of things happening outside of Philly, and bring it back home again at the end of next year.

Chill Moody plays The TLA, 334 South Street, on Friday, December 28 at 10 p.m. Tickets to the all-ages show are $16 and available here. RFM will be released worldwide on iTunes on Tuesday, January 7.