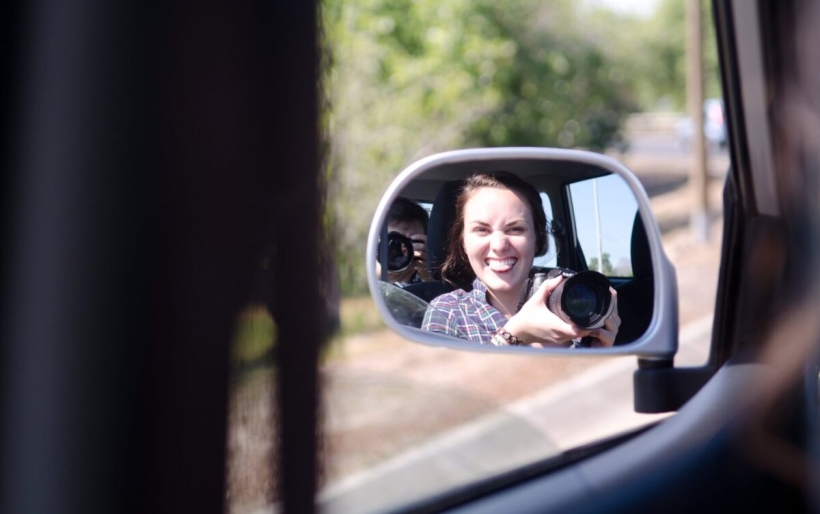 For The Key’s year-in-review, we asked our trusted sources – our writers and photographers, XPN’s on-air staff, fellow bloggers in the Philly scene and even a few musicians – to send us their Top Five Whatevers. Could be the traditional music route – albums, songs, concerts of the year – or it could be only loosely connected. We’ll be sharing these recaps every day through to the end of the year. Today, contributing writer Beth Ann Downey ranks her top collaborations from regional artists.

We music lovers read, browse, skim, agree with, disagree with and soon forget so many of these lists this time of year. But if you’re a rock/punk/alternative lover from in or around Philadelphia, hopefully you’ll remember this one.

Collaborations amongst hard-working artists are undoubtedly how the best music is made. And in a time when folk, hip-hop and electronic music seem to top most of these other lists this year, I wanted to highlight the local singers, instrumentalists and producers who work together to do what they love despite what’s popular.

Collaborations are also where we see scene veterans training or complimenting emerging talent, and vice versa. Whether it’s bringing them out on tour or asking them to provide guest vocals on a new track, it’s great to see bands helping each other, or big-time producers working diligently on what they think should become the next big thing.

Here are five examples, in no particular order, of just how much love and talent the city of Brotherly Love has to go around.

The album’s emotional first single “Last Look” was written about the week Mascherino’s wife spent in the hospital. Despite the personal nature of the song, Mascherno tapped Balance and Composure vocalist Jon Simmons to lay down some gruff guest vocals. Along with twangy guitars, the Doylestown hardcore bandleader almost helps give the song segment a country feel.

Mascherino is quoted saying he is a big fan of Jon’s voice, and that “him singing on that song brings it to another place and makes it really special for me.”

2. Brian Fallon of The Gaslight Anthem playing with Dave Hause at XPonential Festival 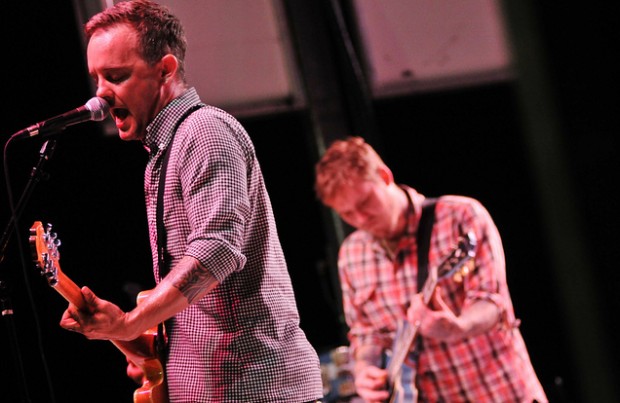 I was lucky enough to attend the XPoNential Festival this past summer. Among the great local bands and headliners that took over the Susquehanna Bank Center stage, one collaborative set still stands out in my memory.

Before The Avett Brothers and Wilco rocked the main stage, Philly singer-songwriter Dave Hause gave a stunning performance on the small Key Stage set up on the center’s concourse.

As Hause started tearing through his hits like “C’Mon Kid” and “Resolutions,” I noticed that his guitar player looked pretty familiar. When I realized it was Fallon, it hit me how lending his skills for Hause’s set not only helped out his friend and fellow musician, but made people like me that much more excited to listen to The Gaslight Anthem’s new record (which didn’t disappoint, either).

3. The wonders of producer Will Yip – Title Fight and Circa Survive

Nearly everything that Will Yip produces in this genre turns to gold, and the bands invited to work in his Conshohocken studio find themselves on the yellow brick road toward greater success.

His handiwork provided two near-Philly natives with beautiful albums this year: Title Fight’s “Floral Green” and Circa Survive’s “Violent Waves.” Yip had worked previously worked with each of these bands in the past, but graduated from mixer to producer and recording engineer for both releases.

It seems musicians and music fans based locally and elsewhere are starting to realize he has the Midas touch.

The sweet youthfulness these two vocalists bring to a song that talks about being a young 20-something is fitting, and a stark contrast to the grittiness and sparseness of the original.

I wouldn’t be surprised to see this song performed live on a local stage sometime soon.

As a long-time fan of Philly pop punk band Valencia, I was sad to see them announce an “indefinite hiatus” late last year. But frontman Shane Henderson was clearly not done making music, and recently made a much happier announcement about his new band, Shane Henderson and The Future Perfect.

Fellow Philly natives Trevor Leonard and fun. drummer Will Noon fill out this three-piece and the acoustic pop rock sound the band seems to be going for. With only one single out so far, I’m excited to see what’s to come for this and many other Philly bands in 2013.