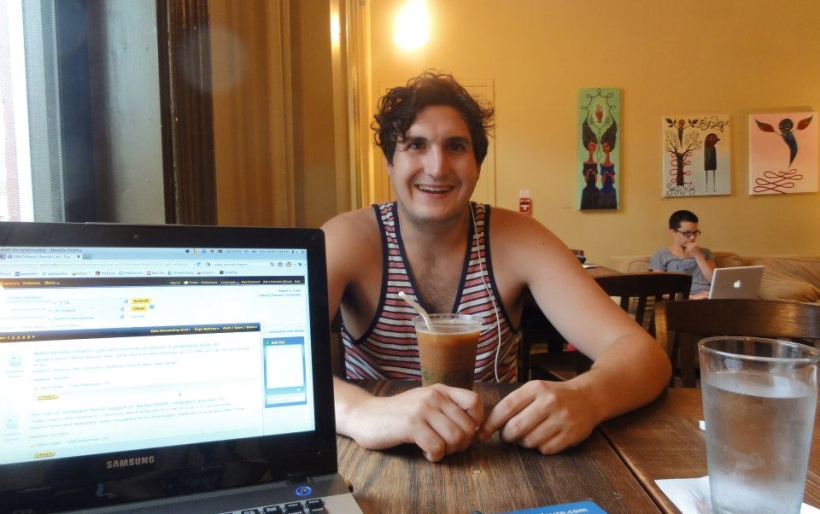 For The Key’s year-in-review, we asked our trusted sources – our writers and photographers, XPN’s on-air staff, fellow bloggers in the Philly scene and even a few musicians – to send us their Top Five Whatevers. Could be the traditional music route – albums, songs, concerts of the year – or it could be only loosely connected. We’ll be sharing these recaps every day through to the end of the year. Today, contributing writer Adam Gould shares his top hip-hop and electronic releases of the year.

I would like to preface this list by saying that I found this year to be pretty underwhelming. Some of my favorite bands put out albums and none of them would have made a Top 10 list. There were a bunch of ‘good’ albums, but I don’t remember the last time there were so few ‘great’ albums. I can’t believe I am going to say this, but I miss 2006. That being said, hip-hop was awesome this year.

5. Kendrick Lamar – good kid, m.A.A.d city
I listened to this album probably more than any other album this year, except for maybe Action Bronson & Party Supply. It is a great album to listen to basically anywhere at anytime. Kendrick is a gifted, poetic MC, and one of the better storytellers I have ever heard. He is really exciting when left to his own devices. Not to downplay the plethora of great guest-appearances, he is just better when on his own. The album doesn’t feel too long, but is a hefty listen, with no filler. This year was notable in the amount of good hip-hop, and Kendrick may be the most promising of the bunch.

Man, this guy can be really raunchy and obscene, but it is always quickly coupled with the image of an artisan cheese plate, or something of the like that the rapper/gourmand whipped up in the kitchen. This is a mixtape that shows at his most confident, and he has never lacked confidence. He is hilarious, and he is a really good rapper. He is not only a great lyricist, he is technically one of the best right now. And his song “9-24-11” is probably my favorite song with a dead-Patrick Swayze reference of 2012.

Does ‘Conscious Rap’ still exist? Lushlife isn’t really conscious rap, but he is thoughtful, at times academic. He is beyond conscious rap, he is a new breed, he is meditative rap, yet he barks the mantra. He represents his hometown, and he represents DIY. Very cool.

This is a really short EP, but it is awesome, and hit the spot stylistically for me. It hasn’t been out for very long, but it is on my list mostly because of the promise that the EP showed. It is hypnotic, sexy, and meticulously produced. You can feel this is a labor of love in the depth of each song on the album. He creates lush collages that are impressive both as a whole and each separate part.

These guys don’t make hip-hop or anything close to it. I talked to these guys earlier this year about rap collaborations and how they were lyrically informed by rappers, so in a way this is connected. Really though, I just liked this EP a ton.