Interview: Steve Poponi on how moving couches led to a reunion of local emo faves Up Up Down Down (tomorrow at Union Transfer) - WXPN 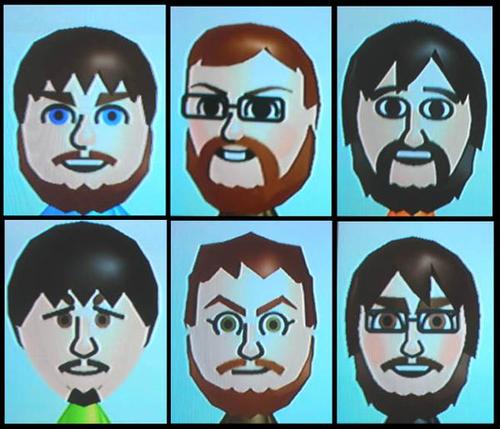 Interview: Steve Poponi on how moving couches led to a reunion of local emo faves Up Up Down Down (tomorrow at Union Transfer)

It was one of those show announcements that, when it came down the wire, I had to make sure I was reading correctly. South Jersey emo favorites Up Up Down Down Left Right Left Right B A Start (or Up Up Down Down, if you prefer) were reuniting, I found out late last year, and playing an unexpected, random concert at Union Transfer.

Okay, it’s not that random – sharp listeners will tell you that this year is the 10th anniversary of UUDD’s album and nothing is #1, released in 2003 on defunct label OHEM Records. Much of the band has remained active in the region’s music scene since its split – guitarist Steve Poponi is part owner of Gradwell House Recording, guitarist John Masino plays in It’s A King Thing with Brian Mietz, who was also a member of the extended UUDD family. And not for nothing, a swirl of reverence and mystique has surrounded the band among today’s DIY musicians that were probably introduced to it a decade ago as teenagers. (The popular indie / emo group By Surprise took its name from a song on and nothing.)

I swapped emails with Poponi – top row, center in the above illustration – to find out about the reunion, the band’s status as cult favorites and how moving couches and moving amps aren’t that different.

The Key: For starters, let’s get a sense of time – when was the last time Up Up Down Down played live?

TK: I’ve noticed a TON of enthusiasm for UUDD in young, up-and-coming punk and indie bands in recent years. Did you think ten years ago that you’d be this (dare I say it) influential?

SP: Ha, well its nice to see something come of the work we did. We tried to just be ourselves and while i think that made me really proud of the things we did it also made it hard for us to appeal to a wider audience. People just don’t love bands with lead singers in cargo shorts and flip flops…..well, just not that many people. We toured a ton and really gave it a shot for quite a few years and it just never “stuck” so whatevs, i am glad i did it.

TK: What sparked the reunion? Are there any other performances tied into it?

SP: This is a one-off, no plans to do anything else with this line up. Its more about commemorating the albums release. We have talked about putting the feelers out in LA and Chicago to see if anyone would wanna get us to play this stuff out there but the Philly show is the only thing we really planned on doing.

TK: You’re playing and nothing is #1 at this show in it’s entirety, I hear. What do you like about that album?

SP: I like its time stamp on my life. Listening back and remembering what the songs were about and what i was like back then is fun. The songs were written from 2000-2002 so I was pretty young comparatively. I’m 36 now, so early 20s.

Filmed Entirely On…: A Minidoc About UP UP Down Down Left Right Left Right B A Start from Robert A. Emmons Jr. on Vimeo.

TK: What’s it been like returning to playing live with one another after having been away for so long? Obviously you all stayed friends over the years. Was the chemistry easy to slip back into?

SP: Yea totally. The seed was really planted for me a few years ago when Scott the drummer was moving and only Phil the guitarist and I were around to help. The collective suffering of tour and the way you all can still have fun while doing so really cruddy stuff was brought back to me that day. I mean, we did so much touring and loaded and unloaded our van hundreds of times together so just that sensation of doing that again with Scott’s couch made me nostalgic for bring with those guys again.

TK: Do you think this might bring in an era of new activity, new material from UUDD? Or is it more of a nostalgia trip?

SP: Definitely not. I started a new project called “exploded drawings” that is a pretty faithful continuation of where up up left off.

Up Up Down Down plays with A Great Big Pile of Leaves and Hop Along at Union Transfer on Saturday, January 12th. Tickets for the all-ages show are $15, more information is available here.