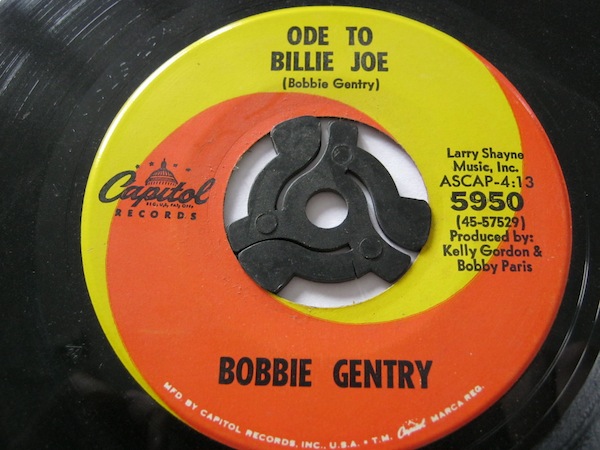 One of our all time favorite journalists in Philly is Tara Murtha. Chances are you’ve probably read at least one of the many cover stories she’s written for the Philadelphia Weekly over the years. While she focuses on issues of social justice, Murtha is also a passionate music fan and occasionally writes about music.

One of her long time musical obsessions has been the legendary Bobbie Gentry, whose song “Ode To Billie Joe” was a number one hit song in 1967. Murtha is currently working on a book about Gentry called Bobbie Gentry: Ode to Billie Joe that will be published in 2014 by Bloomsbury Academic’s acclaimed 33 1/3 Books, a series exploring a range of iconic records. Launched in September 2003, the series now contains 86 titles and had explored albums like Dusty In Memphis by Dusty Springfield (written by Warren Zanes), The Replacements’ Let It Be (written by Colin Meloy of The Decemberists) , OK Computer by Radiohead (written by Dai Griffiths) and other classics. The most recent book is on the Talking Heads’ Fear Of Music written by Jonathan Lethem.

Bobbie Gentry’s story is filled with a few facts and a lot of mystique. Murtha says in a recent interview:

The facts read like fiction: An extraordinarily talented and beautiful woman mesmerizes the world with a brilliantly written song, takes over Las Vegas, hosts TV shows and an international radio show, choreographs elaborate stage routines, designs and sews her own clothes and costumes, and is tight with Elvis after he discovers her performing him in drag. She was so intimidating that even Bob Dylan had to write a sarcastic response song to “Ode” (“Clothes Line Saga”). Then, without a goodbye, poof, gone, into the L.A. smog. So on the one hand, I’m just fascinated by the story. It’s a fabulous story. On the other hand, the feminist fist in my heart wants to record the neglected legacy of this album and her pioneering role in American recording history. All the mini bios acknowledge that Bobbie Gentry was one of the first female performers to write and produce her own material, and then that’s it. She chose to disappear, but her legacy doesn’t have to vanish from the record with her.

You can read Murtha’s entire interview about her writing the book here. Visit the book’s website here. Follow Murtha on tumblr here. Below, watch a video of “Ode To Billie Joe.”