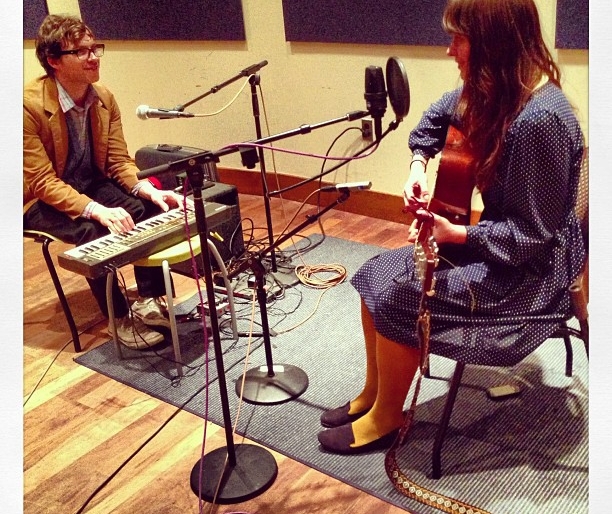 Philadelphia singer-songwriter Gretchen Lohse isn’t afraid of adventure. She sings about freeing your inhibitions when surrounded by nature – “Primal Rumble” is about running around on a beach during a supermoon. She’s embarked on song-a-day writing projects where titles were given to her and she had to come up with the music and words (this yielded the slinky “Spider At the Gate” from this week’s Key Session). And just in terms of scale and ambition, Lohse has been known to court adventure as well – her old  band, Yellow Humphrey, was a lush chamber-folk ensemble that fell anywhere between seven and thirteen members. The Key Session she recorded this week was more spare and focused, with The Spinto Band‘s Thomas Hughes accompanying her on keyboards and backup vocals. The result was a a stirring blend of folk and psychedelia which you can listen to and download below. Four of the songs are unreleased works-in-progress from Lohse’s forthcoming solo album; the contemplative “Twisted Apples” is an old Yellow Humphrey number, reinvented here.