Unlocked: Joe D'Amico on moving from the coffeehouse to the rock club - WXPN | Vinyl At Heart 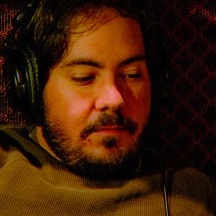 Unlocked: Joe D’Amico on moving from the coffeehouse to the rock club

Tonight, Philadelphia singer-songwriter Joe D’Amico will take the stage at Kung Fu Necktie to celebrate his latest solo record, A Short Time’s A Long Time. This is sort of like stepping into a new world for him – five years ago, it would have been unheard-of for the folk scene mainstay and mandolinist of Mason Porter to play scrappy rock clubs. But that’s the vibe of his new album, which we’ve been exploring all week on Unlocked, The Key’s regular spotlight on new and significant releases from Philadelphia-area artists. We caught up with D’Amico on the phone this week to chat about the progressive direction of the new record, how he might develop his sound even further, and the trials of making louder songwriting translate onstage.

The Key: I like the way your solo albums are so different from your work with Mason Porter, the way you explore different musical territories. Is that why the solo records came to be – because you wanted to do things beyond bluegrass?

Joe D’Amico: Oh yeah, absolutely. Everything does come from “folk” in my mind, even when it translates to more psychedelic or more rock and roll kind of stuff. But Mason Porter, there’s a certain sound there that we kind of created and retained. And I just want to explore more things, and continue to do other things. There’s a such a wide range of music that I listen to – I just want to keep creating, or it gets boring.

TK: Who is the group of people you perform with when you play live? Are they the same group that made the record with you?

JD: Yes. The band is Brad Hinton (guitar), Phil D’Augustino (bass), Bethany Brooks (keys) and Kevin Killen (drums). The last record, I recorded more of it on my own, and put the band as it is now together when it came time to release that record. I kept the same band since, and I think a lot of the direction of this record came from having them. With the last record, they were really psyched to play it because it was more arranged and dynamic than most singer-songwritery stuff they had been involved in with other projects. They were really excited about the material. So as I started creating this next record, I had these players in mind, and I knew they were pretty capable of doing whatever I wanted. So I kind of really pushed them and myself to do a lot more.

TK: Are there any styles that you’ve ventured into on this record that you never expected to play before you had this group together?

JD: Yeah! A lot of the whole second half of this record has more of a progressive rock thing to it. There’s the eleven minute song, “Imagine My Surprise / Mother, Mother / Good Morning Child” And all that stems from, well, I’ve got this great band. Let’s try and push the envelope of what we do a little bit more and change the song structures away from a traditional folkier-based sound.

TK: Is it easy for you to switch hats between acoustic, folk-based into this epic progressive rock approach?

JD: It wasn’t at first. It was easy to create the material, and have a blast recording it. But the transition took a little time for me as a performer to get used to. It started very comfortably in the studio, always. And then it came to “allright, how are we gonna play this stuff,” ya know? But the band is really doing well with the material. It’s really exciting live! It’s really dynamic and unpredictable, in a fun way.

TK: How else is performing this sort of material different for you?

JD: Well, it’s louder! (laughs) It’s a louder thing, and you have to book it in different rooms and create the right setting for it. It doesn’t always work in an intimate coffeehouse situation anymore, you know? It translates better in a rock club now. So that’s the difference I need to get used to.

TK: What do you think the Joe D’Amico release is going to sound like? Are there other areas of music and songwriting that you’d like to push yourself and the band member to venture into an explore?

JD: Wow. I can’t say a particular direction, but the plan is to keep pushing it and not do the same thing again. That’s how my records have been, they always move to the next thing.

A Short Time’s A Long Time is the featured album in this week’s edition of Unlocked;download the spotlighted single “Where Does The Time Go” in Monday’s post, read Tuesday’s album review, watch the music video for “Where Does the Time Go?” in yesterday’s post and check back tomorrow for photos and a recap of Joe D’Amico’s record release party tonight at Kung Fu Necktie. More information on the show can be found here.