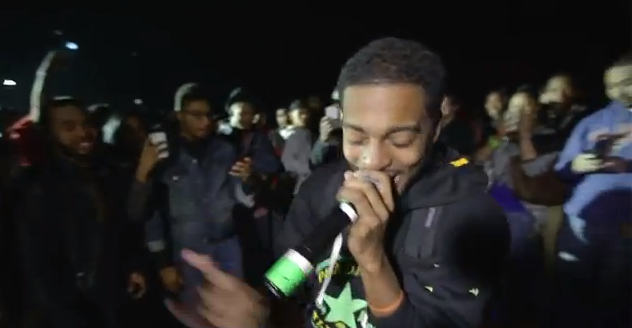 For Philly rapper Chill Moody, headlining the Theater of Living Arts on one of the last days in December was a high point of a tremendous year. In this seven-minute mini-documentary, we get a nice overview of the show. There’s the announcement to the cast and crew that the concert was sold out. There’s Chill’s very showman-like entrance from the lobby of the venue to the strains of “Bombs” from Freshman Take Cover. There’s backstage chats with Jakk Frost and others. Watch the documentary below, and catch Chill’s next local appearance – February 15 at The Blockley with his frequent R&B collaborator Beano. Tickets and more information can be found at the WXPN Concert Calendar.