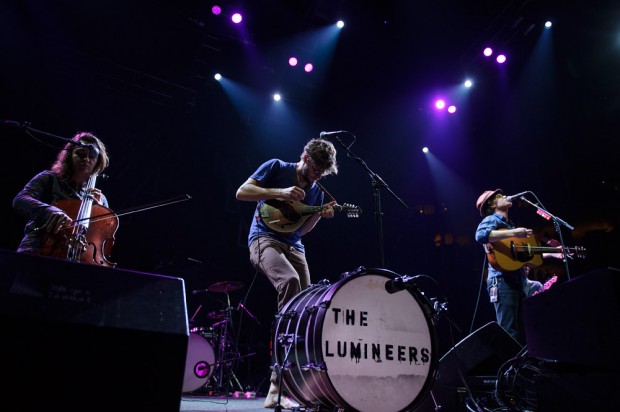 The Lumineers return to Philly tonight for a sold out show at the Tower Theater. We’re happy to say that XPN’s ride with The Lumineers to their current Grammy Award nominated, Saturday Night Live performing, massive record selling, and shows sold out status began in January, 2012 when World Cafe host David Dye featured this then little know band as one of his weekly World Cafe: Next artists. During the Cafe show, David played “The Dead Sea” and “Morning Song.” The band’s big hit song, “Ho Hey,” now heard almost everywhere, got it’s first play on WXPN by Mike Vasilikos on January 9th during the XPN Monday Night new music show, the 8 O’Clock News. It’s been all uphill since then. What follows is a timeline of our increasing love affair with the band. If you didn’t get tickets to tonight’s show, don’t worry, cause they’ll be back. We promise that. If you do go to the show, have fun.

April 2012 – The Lumineers are XPN’s Artist To Watch

April 24th, 2012 – The Lumineers and the Kopecky Family Band play a sold out show at Johnny Brenda’s

July 20th, 2012: The band plays the XPoNential Music Festival on the Marina Stage. Listen to their set here. Below, watch a video from their performance at XPO fest.

December 22, 2012 – The Lumineers open for Dave Matthews at the Wells Fargo Center. Look at our photo recap of the show here.

Tonight at the Tower Theatre: