Unlocked: Get to know the animated GIF side of The National Rifle - WXPN | Vinyl At Heart 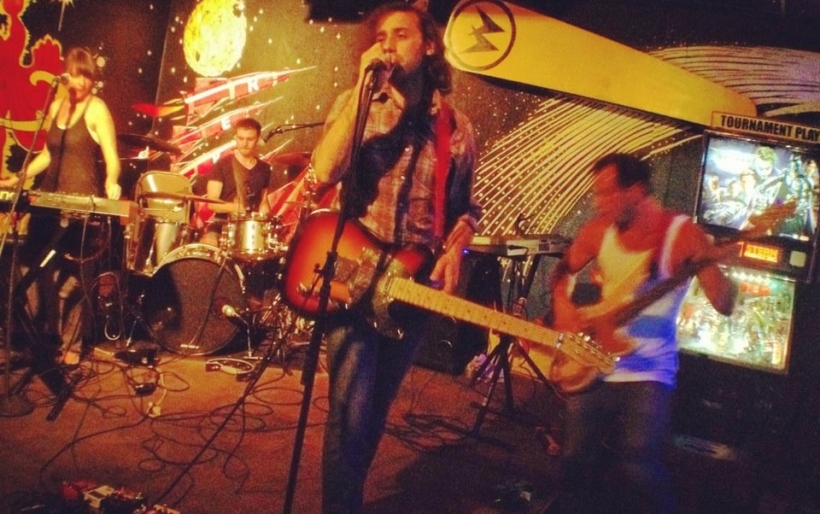 Unlocked: Get to know the animated GIF side of The National Rifle

All week we’ve spotlighted Philly rock four-piece The National Rifle and their brand new album Almost Endless in Unlocked, The Key’s regular series on new and significant albums from Philadelphia-area musicians. We’ve looked at the band’s growth and the process of self-discovery that went into the new album, and we’ve also seen that they’re still the same goofy, ridiculous crew of players we’ve know for the past half-dozen years. Today, we wrap up the series on a definite note of ridiculousness. Guitarist Hugh Moretta and keyboard Lynna Stancato put together a series of animated GIFs that include scenes from tour, Kickstarter rewards from home, and more. Check them out, and read Stancato’s descriptions, below.

“Our shows in Dallas, TX which are always pretty crazy and fun.”

“This was taken from one of our Kickstarter thank you videos. It is always funny to see Hugh out of his comfort zone.”

“This is me in our van on tour – when we opened the windows in the van on all four sides it is like a tornado in the van and I was getting a kick out of it.”

“This was taken at a house show we played in Bowling Green, OH. We actually were having an obsession over those cookies from Trader Joes called “Jo-Jos” and Buddy couldnt stop making songs/dances about the cookie.”

“This is Buddy and Jeremiah on the teacups at Disneyland. We got to fly out there to play some shows in 2010.”

“This was taken during the recording of Vanity Press in 2010 – it is rare you see Jeremiah opening a can of beer like he means it.”

“Hugh is in the van next to the clean, laundered underwear drying in the wind. We had to hit the road for the next show and didn’t have time to hang around the motel.”

Almost Endless is the featured album in this edition of Unlocked; hear the spotlighted song “Street Burn” in Monday’s post, read Tuesday’s album review; see a video for “Coke Beat” in Wednesday’s post and read yesterday’s interview. And stay tuned to The Key for future album spotlights on Unlocked.